Home Uncategorized The Ultimate Guide to Cuffing Season in L.A. 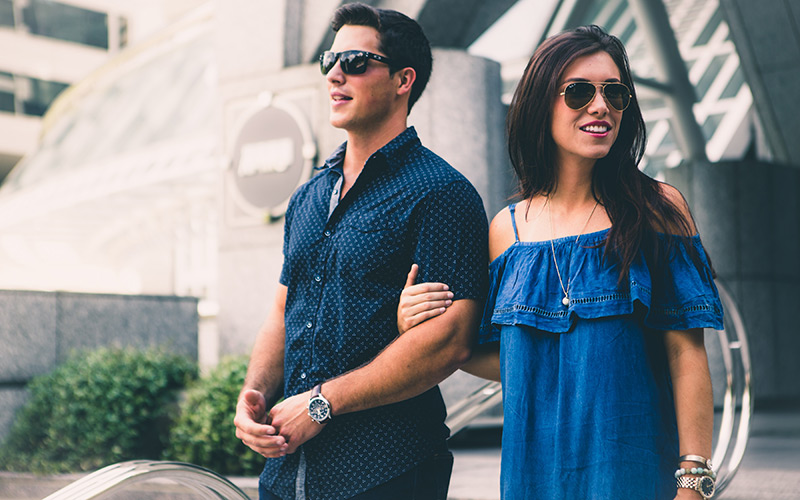 Whether you’re married or single, in a relationship or a casj dating situation, chances are you’re aware of the specific pitfalls that come with finding love in L.A. (In summary: people are flaky; traffic makes everything hard; people are really, really flaky.) None of it bodes well for Cuffing Season, a made-up time of year that we’re already well into.

I didn’t know what Cuffing Season was until, like, three days ago when I apprehensively Googled it (sounds like it would turn up nefarious results, doesn’t it?). So for those who aren’t in the know, here’s a quick rundown. Like all great colloquialisms, the definition for Cuffing Season can be found in Urban Dictionary. This particular entry is from 2011, courtesy of Pmack0711:

During the Fall and Winter months people who would normally rather be single or promiscuous find themselves along with the rest of the world desiring to be “Cuffed” or tied down by a serious relationship. The cold weather and prolonged indoor activity causes singles to become lonely and desperate to be cuffed.

It comes from the shorthand for handcuffs—get it? Like being attached to someone? I know. As a term, we can all agree that it’s heinous. But there’s no other way to explain this phenomenon outside of “It’s kind of like an adult mating season,” which is definitely worse. So it looks like we’re stuck with it.

All of this to say, here we are in L.A.’s mixed up version of winter. If you’ve found yourself cuffed to someone for the holidays, there are plenty wintry, adorable, Instagrammable AF ways to make the most of your new-found—but temporary, we know, we know!—coupled-up life. Here’s how:

Cut Down a Christmas Tree

PSA: There’s a Christmas tree shortage this year, so better hop to it with this one. Wear some precious fall plaids, get your heart rate up a little while cutting that puppy down, then spend the evening decorating your new Fir baby (see what we did there?). Try Nancy’s Ranch in Santa Clarita—they’ve got DIY trees and precut ones, too.

Hold hands. Pretend like you’re falling so you can get a little too close. Go get hot chocolate together at G&B at Grand Central Market afterwards.

Go See All the Christmas Lights Your Heart Can Handle

There are so many options—seriously, so many. Here’s a quick hit list:

And while we’re on the topic of Christmas lights…

For couples who are feeling weird and ambitious, this can’t-miss spectacle in Palm Springs will pretty much blow your mind.

Even though Disneyland is awesome when you’re alone because #SingleRider, snapping an ASS (mind out of the gutter; Awkward Solo Shot) in front of Cinderella’s Castle is less than ideal. Throw on your his-and-hers ears and get in on the House of Mouse’s holiday vibes.

There’s no better time than now—when the city is starting to clear out for the holidays—to explore some of L.A.’s best trails. Also, it’ll probably be the only chance you have to wear athleisure while cuffed, so make the most of it.

Go to The Getty

Or the Hammer, or LACMA, or the Broad for that matter. But the Getty has a few extra perks: stunning vistas, a grassy knoll perfect for picnicking, and lots of photo opps.

Take a Cooking Class at Eataly

If you’ve ever wanted to know what it’s like to sweat bullets while stressfully contemplating bottle after bottle of imported olive oil, head to Mario Batali’s cathedral of all things Italia. If that sounds overwhelming and a little sad, focus your experience by taking one of their hands-on holiday cooking classes. Pick a pasta-centric one and live out some Lady and the Tramp fantasies for all of your Snapchat followers to see/vomit over.

Seriously! And you don’t even have to drive five hours to Mammoth to do it! Snow Day L.A. brings the white stuff to you, not to mention ice skating and the chance to explore (not eat, though) a 12-foot gingerbread house. Sledding not your jam? What about ice bumper cars? Chill at the Queen Mary has you covered.

Spend New Year’s Eve Together—On One of Your Couches

We all know NYE is the holiday that pairs high expectations with very, very low reward. In the true spirit of Cuffing Season, consider classing up the concept of Netflix and Chill: Get dolled up and throw a party for two at home, or light a fire, cuddle up with a good movie, and give each other a champagne-flavored kiss at midnight. Maybe the next morning, you’ll both make the resolution to give your non-permanent relationship a real go.