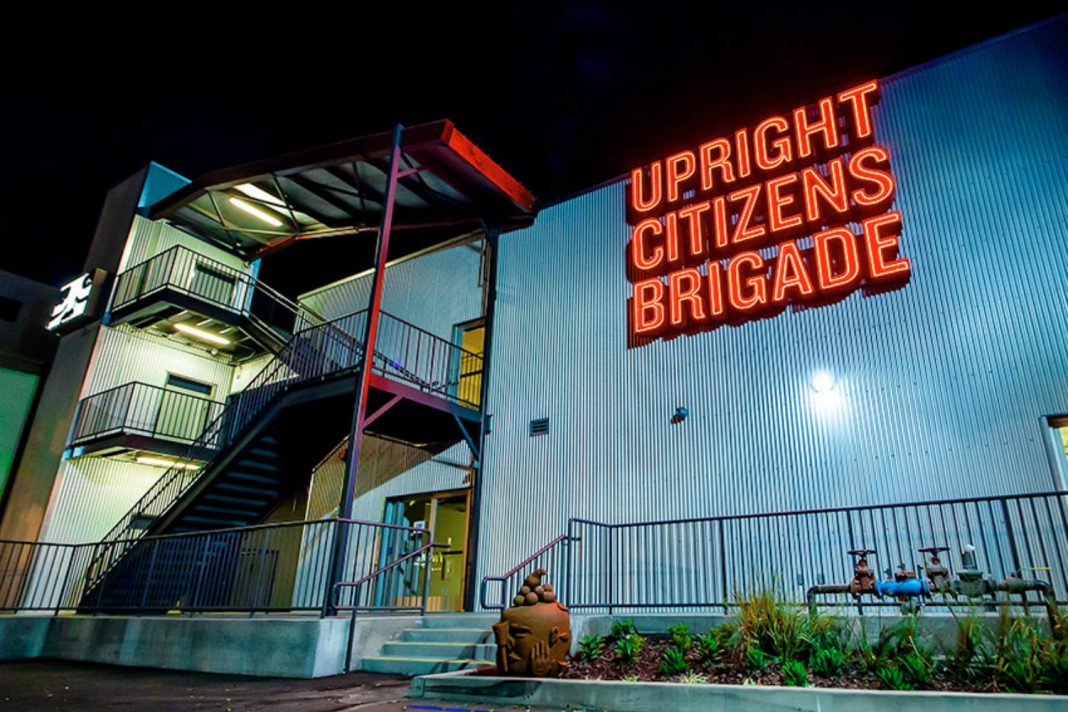 A few months ago, the organization laid off much of its sales and marketing teams in New York and closed its East Village outpost. And now the cuts have come to our neck of the woods: UCB Sunset, a theater that opened in East Hollywood five years ago, will go dark a few nights a week so that owners can rent out the space, while shows at the student-run Inner Sanctum are being cut on Mondays and Fridays.

As cracks have begun to form in the theater’s improv empire, some question whether UCB’s founders can continue to ignore big, existential questions about the way the organization operates—including the pesky issue of not paying performers.

Adam Conover, star and show runner of Adam Ruins Everything and a long-time performer at UCB, believes now is the best time for improvisers and stand-ups to advocate for equity in the company and demand payment for their labor.

“When the theater is most at risk of shrinking or collapsing, that’s when the equity of performers is most at risk and they need to step up and make their voices heard,” he said. “If they’re working for free and investing their time, money, and talent in the theater, I think they deserve more transparency from management and some rights in decision-making.”

Conover, who has spent close to a decade at the comedy incubator, thinks the organization could end up adopting a “hybrid model,” in which performers who draw large crowds could be compensated for their work. “There are student shows, and then there are $15 shows by improvisers who’ve been performing at the theater for ten years—I don’t see a good argument for not paying those performers.”

When it comes to compensation, UCB leadership’s response to demands has never been “yes, and…” Matt Besser, who helped found the theater in 1990 along with Amy Poehler, Matt Walsh, and Ian Roberts, told the New York Times in 2013 that he didn’t see improv actors as people performing labor. “I see guys on stage having fun,” he said. “It’s not a job.”

The theater still relies on the presumption that exposure is its own form of payment. But critics have charged that the expensive schooling all but ensures only those from privileged (read: white) backgrounds can afford to take the gamble.

Conover says he’d also like to see performers involved in big business discussions that can affect their livelihoods, pointing to UCB’s decision to move from their smaller Chelsea theater back in 2017, in part to comply with the Americans with Disabilities Act. He says he’s had conversations with dozens of other UCB members who also want more transparency.

“It would have been great to have the opportunity to say, ‘Hey, have we exhausted every effort to retrofit UCB Chelsea?’ I think performers deserve that.”

But leadership’s attitudes might be changing now. “The last meeting I attended was extremely conciliatory, and they did a lot of listening, much more than in the past,” Conover says. “The theater has begun to signal their openness to some kind of dialogue.”