Two Bit Circus, the new entertainment center opening in the Arts District on September 7, is being billed as a “Micro-Amusement Park.” But when you step inside the 50,000-square-foot warehouse on Mateo Street, you’ll realize there’s nothing micro about it.

The “Midway” features carnival-style games that have been updated to use giant touch-sensitive screens. Throw balls to pop virtual balloons or swing a wrecking ball to demolish an on-screen building. Two Bit Circus offers a few retro arcade games like Skee-Ball, but also plenty of never-before-seen games, escape rooms, and interactive experiences. The duo of dudes behind Two Bit Circus create their own games and also work with outside software developers.

Eric Gradman, a circus performer with a master’s degree in science and robotics, found a way to combine his passions when he cofounded Two Bit Circus with Brent Bushnell in 2012. He says, “It was always this question of whether I would ultimately follow tech or follow performing, and it turned out I didn’t have to choose. I get to do both here.”

As Two Bit Circus, they’ve been designing games and interactive experiences for corporate clients for years, and they’re launching the micro-amusement park as a way to give their creations a permanent home and share them with the public. While visitors are welcome to hang out in their own private VR worlds, Two Bit Circus encourages people to interact and have fun together. A robot bartender will mix you a drink—it may even flirt with you—and a box car serves carnival-inspired snacks, including plenty of vegan options. Wandering circus performers, as well as the games themselves, hold clues to real-world Easter eggs. 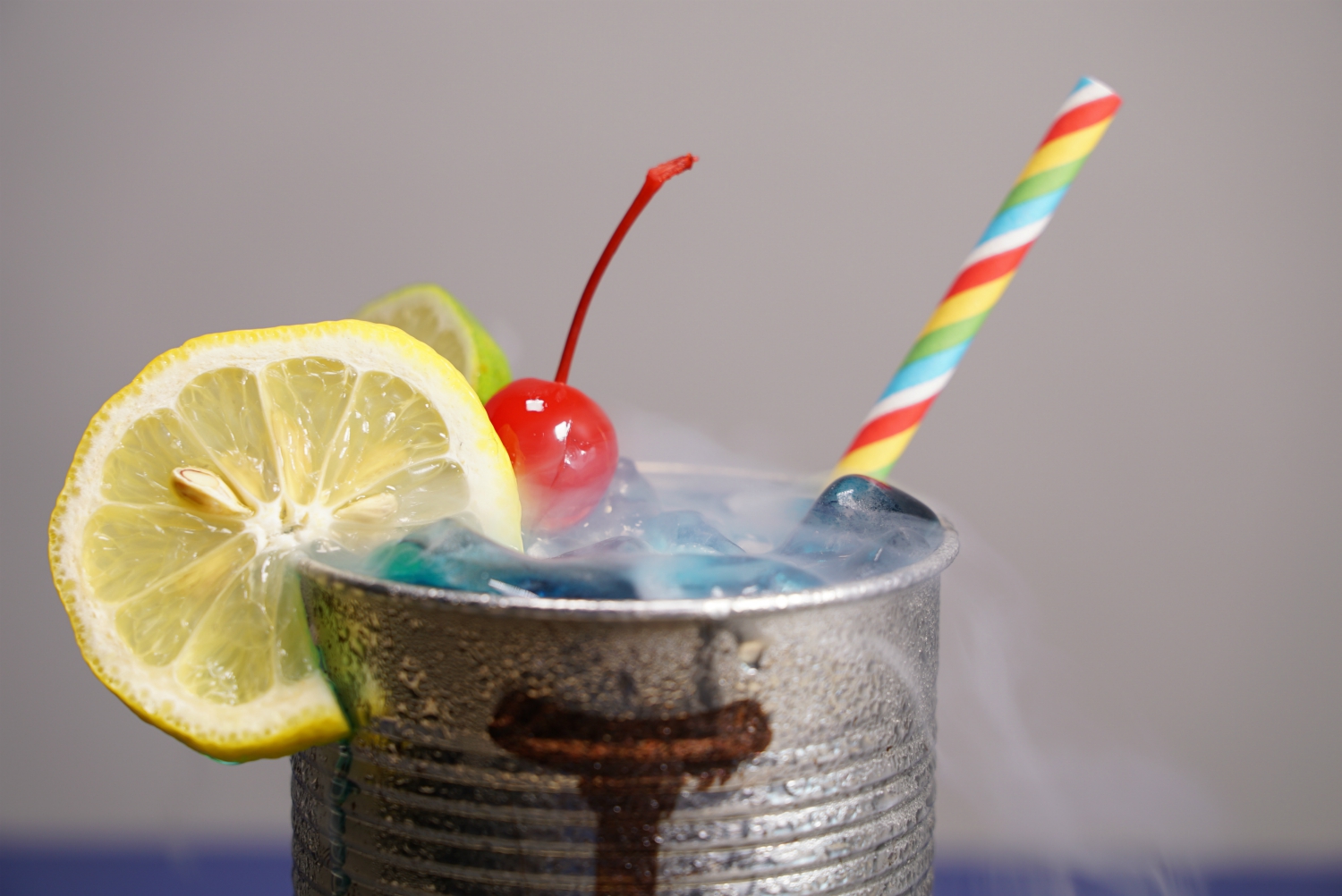 At the center of Two Bit Circus’ new space, the “Arcane Arcade” offers oversized videogames, many of which require more physical involvement than simply manipulating a controller. To play Button Wall, which is sort of like a vertical version of Twister, you’ll press yourself against a panel of light-up buttons. Another game requires you to position your body in different shapes and feels like something you might see on a Japanese game show.

Gradman’s current title is CTO and Mad Inventor, and he designed the software used in Club 01, a hundred-person game room with touchscreens built into each table. He says, “We give you a social reason to interact with other people, whether it’s creating an impromptu team between groups of people or bringing you up on stage to compete with someone you’ve never met before. People have trouble starting conversations, but after they walk out of this room, they have something to talk about.”

What kinds of games can a hundred people play at once? Gradman says, “We’ve developed a couple of shows that we’re going to launch with. We have the trivia night, the wine tasting night, and the competitive, puzzle-solving, room-scale escape room, and we’re going to be running those most nights. The idea is that there should always be a game show that you can go and do.”

If you’re wondering how they’ve made wine tasting into a competition, it’s all about the touchscreens. As you sample each wine, the screen in front of you will prompt you to select the flavors you taste. Think hard, because if you’re wrong, everyone in the room will know. Colored lights on each table identify players who answer correctly—and players who don’t. The wine tastings will also include polls, trivia questions, and simple games, and the host might even have you play the same mini-game at the beginning and the end of the tasting to see if your score changes after trying a few wines. Gradman says, “People are going to leave maybe knowing a bit more about wine, but they’re going to be laughing and drinking together and remaining engaged with the experience the entire time—as opposed to a regular wine tasting where you sit down and start drinking your wine and the conversation drifts off.”

Whether you’re hoping to battle swamp monsters in a cooperative VR adventure, rent out a private gaming cabana, or find out if you’re a better wine taster than your friends, Two Bit Circus is a lot more fun than playing games alone at home.