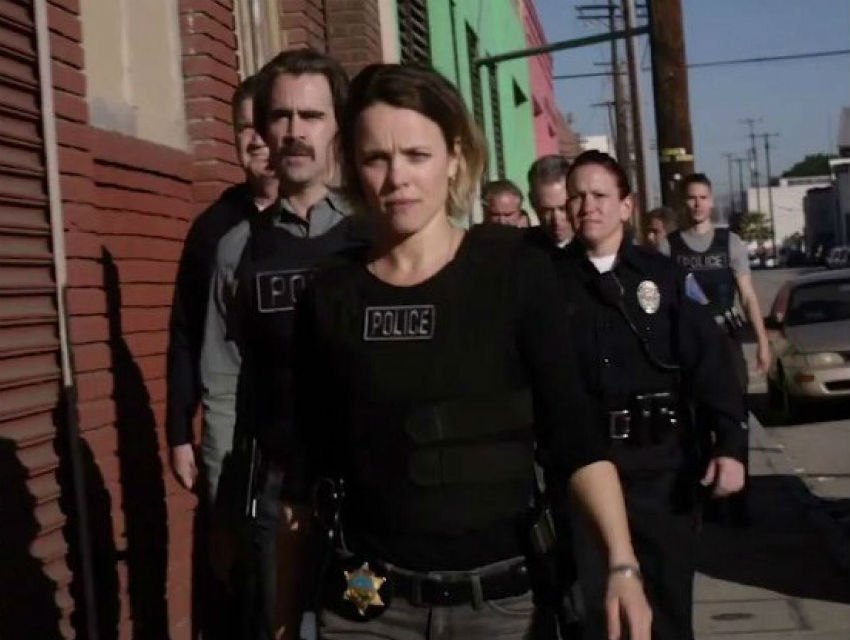 “I welcome judgment,” insists Detective Ray Velcoro (played by Colin Farrell) early in the season two opener of True Detective—a scene in which we are punked by the show. It’s a scene that looks like an interview, so for a split-second it seems like this season will be just like the last, only with different famous people. But it’s not. Many fans were devastated to learn that season two would not carry on with Harrelson and McConaughey. And despite the unbelievable plaudits that the first season garnered (one critic actually called it “the most intelligent TV show in history,”) we think that this promises to be a much, much better thriller—without the gimmicks and staginess that confused a whole lot of viewers into thinking they were watching ART.

Instead of the heavily forced structure of season one, with the detectives recounting long-ago events to other detectives, we are very much in the present-day, in a tiny, industrial town called Vinci. (Read: Bell, California.) We don’t really know where we are until the final moment of the episode, when Velcoro remarks that Vinci is a “city. Supposedly.” And we have a pretty remarkable ensemble cast, with Rachel McAdams as Detective Ani Bezzerides, playing so far out of her comfort zone that watching her feels a little twitchy. She’s a hard-driving Ventura County sheriff’s detective, carrying at least three knives on her body. (Three that we were able to count.) Hunky, scarred Taylor Kitsch rounds out the cast, as suicidal, motorcycle-riding CHP Officer Paul Woodrugh.

The plot of the first episode revolves around the fact that Vinci City Manager Casper is missing. When Casper (whose dead body is chauffeured around by an invisible driver throughout the ep) is found at the close, all of the major characters meet up for a classic law enforcement territorial stand-off. Meanwhile, Vince Vaughn has smoldered through the episode as a cleaned-up gangster who is up to his elbows in city money. And there are subplots to spare. It’s all pretty juicy, with none of Matthew McConaughey’s philosophastering, which we admit we often had to choke down last year. And although everyone seems willing to jump on the season-two-kinda-sucks bandwagon, we disagree. And we await next Sunday with anticipation.