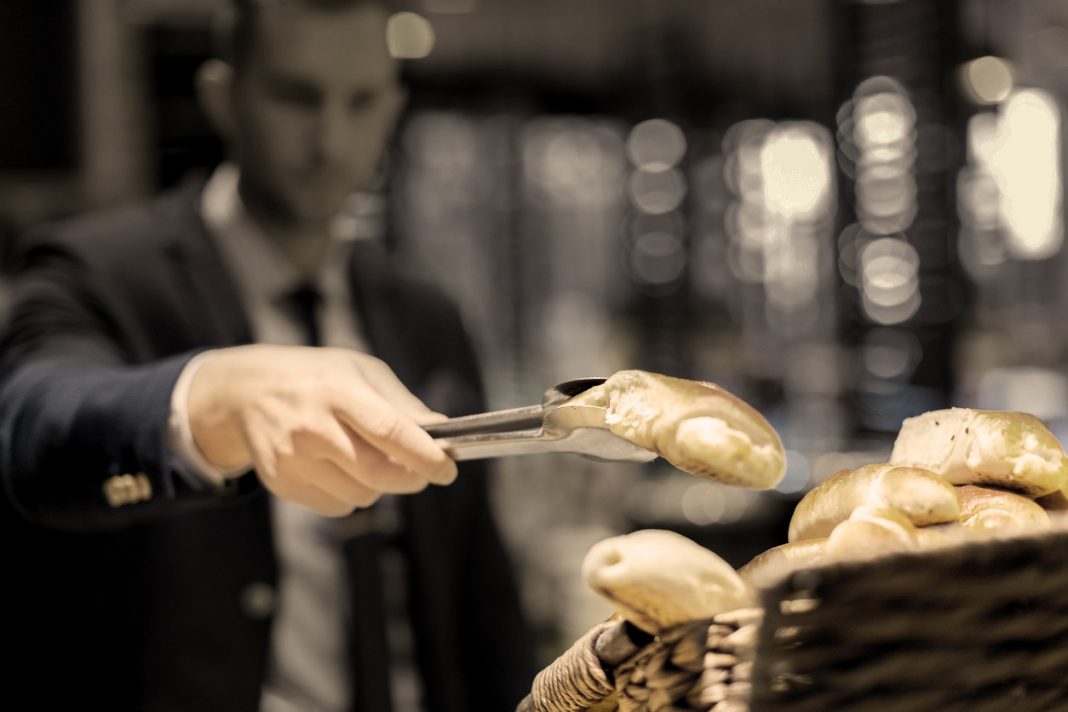 We live in an age of darkness. It’s an age of fear, turmoil, famine, floods, disease, systemic racism, the Transformers franchise, terrorism, nuclear proliferation, environmental crisis, wolves—the list goes on. In times like these it is the noble work of the journalist to tackle fearsome topics with courage, to equip you, intelligent connoisseur of digital media, with the insight needed to navigate our broken world. Today, we’ll examine an evil that has gone overlooked until now, a flaw in our societal structure that has been lurking right under our noses.

That evil is courtesy tongs.

First, a brief history of tongs

According to the the ancient Jewish text Pirkei Avot, the original tongs were created by God on the twilight of the first Shabbat eve because human blacksmiths couldn’t make tongs without already having a pair of tongs. Like everything God made, tongs were pure and good. This is true.

When sin entered the world, though, God’s original intent for tongs (i.e. making more tongs) was perverted, and the tool was put to all kinds of abominable uses. That’s not to say tongs aren’t necessary and proper in many specific situations, like, for example, flipping tri-tips or fishing Swedish meatballs out of a vat of sauce or scooping salad at a salad bar or preventing cross-contamination between the buckets of mochi and Reeses at Yogurtland. But there’s a particular iteration of the utensil—courtesy tongs—that is the work of Lucifer himself.

What exactly are courtesy tongs?

Courtesy tongs are used for serving dinner rolls at buffet tables and bagels at cheap hotel continental breakfasts and celery sticks at the American Association for Marriage and Family Therapy’s annual conference. See those tongs on the out-of-focus pile of chimichangas in this photo of John Kerry on an airplane in 2004? Those are courtesy tongs.

Courtesy tongs exist for picking up individual food items. They’re generally made of clear plastic or bendy metal, and they’re designed to keep people’s gross germs from getting on the food itself. But is that what actually happens?

Let’s do a quick thought experiment to find out.

Imagine that you’re at the office holiday party with your co-worker, Joe.

Joe’s hands are covered with a pretty typical assortment of bacteria—you know, your average Pseudomonas fluorescens and Staphylococcus aureus and Enterobacter cloacae and Klebsiella oxytoca and Acinetobacter lwoffii. Stuff like that.

At one end of the conference room table there’s a platter of cookies with a pair of disposable plastic courtesy tongs resting beside it. Together, you and Joe approach the cookies and the tongs, and in that moment reality itself is ripped into two alternate timelines.

Joe ignores the tongs and delicately grabs a white chocolate macadamia nut cookie, lifting it from the platter between his thumb and forefinger. As he does so, his middle finger lightly brushes another cookie, depositing some bacteria on its surface.

You then grab the cookie that Joe’s finger happens to have brushed. You eat it, and in doing so, you introduce a few of Joe’s bacteria to your digestive system. No big deal.

Joe picks up the tongs and uses them to grab a white chocolate macadamia nut cookie. He then sets the tongs down.

You, too, grab the tongs with your dominant hand and select a cookie for yourself. In doing so, you pick up some of the the bacteria that Joe left on the tongs, and you also pick up bacteria left on the tongs by Sam and Audie and Marielle and Julia and Chris and Kari and Lesley and Mary and Matt and Daphne and Leilah and Jennifer and Steve and Rose and Lynnette and Linda and Kelley and the other Julia and Ann and Amy and Eduard the intern. You then eat the cookie with your dominant hand, and ingest a smattering of bacteria from all 22 people who touched the tongs before you. Not just Joe’s bacteria. Everyone’s bacteria.

That’s probably no big deal because the world is full of germs and we really shouldn’t freak out about it, SO THEN WHY ARE WE USING COURTESY TONGS TO BEGIN WITH?

And you know what? Maybe it is a big deal. It’s not at all unreasonable to assume that someone out there had a Grandma Rosalyn who died because of tongs. Like, if Grandma Rosalyn had just nabbed that turkey club tortilla roll-up with her bare fingers instead of using the same tongs as Uncle Hubert (who, it turns out, was coming down with pneumonia) she would still be with us today. RIP, Grandma Rosalyn. Sorry you had to die coughing up blood in a hospital bed because of tongs.

But if courtesy tongs are literally costing lives, why do we remain complacent? Nobody’s marching in the streets to protest the wrongful death of at least one hypothetical grandmother due to the thoughtless use of a superfluous serving utensil. No one is gathering outside of city halls to chant “Tongs are wrong! Tongs are wrong!” or “Use your fingers! Germs won’t linger!” or whatever. I hate to say this because there’s enough outrage in the world as it is, but we all need to be more outraged. About tongs.

Of course, as much as it’s tempting to blame politicians and lobbyists and the tongs-industrial complex, the solution to all this truly lies within each of us. If we individually refuse to use courtesy tongs, the problem will go away. It won’t be easy. Forego courtesy tongs, and you’ll be judged, shunned, and derided by the very people you love—the very people whose lives you are helping to protect. Your friends might glare at you. They might think mildly judgmental things about you in their minds. They might elbow you at the Hometown Buffet muffin station and say, “Use the tongs, Ashley!” which will make you feel sad up there on the moral high ground, looking down upon those who know not what they do. You’ll be even more sad if your name isn’t Ashley.

If all of the above sounds alienating, take heart in the fact that, according to some semi-ancient Christian scriptures, it’s basically what happened to Jesus and his disciples. And yeah, most of them were killed, but they did what they knew was right. As your friends abandon you one by one for picking up cherry tomatoes with your fingers for the greater good, know that you’re in the company of martyrs and saints.

Thomas Harlander is a staff writer at Los Angeles magazine. You can follow him on Twitter and Instagram. He recently wrote: Great News! In Multiverse Theory, There Are Infinite Worlds Where Donald Trump Did Not Win the Election