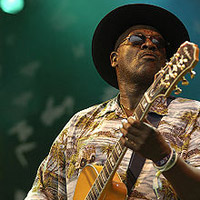 Before the full-on Halloween frenzy hits, here’s a weekend of (mostly) non-holiday-themed events, from dancing rabbits to retro rockers.

Pasadena Heritage Craftsman Weekend
WHERE: Pasadena
WHEN: Friday, October 19, 2012 to Sunday, October 21, 2012
TIME: Various
The 21st annual Craftsman Weekend has something for everyone. From walking tours to the Craftsman Exposition, explore the historic and cultural resources of Pasadena. More information.

Los Angeles Haunted Hayride IV
WHERE: Griffith Park
WHEN: Friday, October 05, 2012 to Wednesday, October 31, 2012
TIME: Various times
With its rusting, abandoned cages that once held orangutans, bears, and other creatures, the Old Zoo is one of L.A.’s creepiest locales. More information.

626 Night Market
WHERE: Santa Anita Park
WHEN: Saturday, October 20, 2012 to Sunday, October 21, 2012
TIME: 3 p.m. – 10 p.m.
The San Gabriel Valley’s salute to Asian night markets has become one of the city’s premier food and nightlife events, with vendors slinging everything from dumplings and noodles to fried pig parts, grass jelly, and stinky tofu. For its third incarnation, the 626 Night Market has relocated to Santa Anita Park. Arrive early for discounted parking and plenty of horseplay. More Information.

Taste of Soul Festival
WHERE: Baldwin Hills
WHEN: Saturday, October 20, 2012
TIME: 10 a.m. – 7 p.m.
Fill your palate with all things soulful at one of L.A.’s largest street festivals. Enjoy food from local restaurants, live entertainment, and displays from local artists while supporting non-profit organizations like Mothers in Acton and the Brotherhood Crusade. Did we mention this Baldwin Hills extravaganza is also free? More information.

Nick Waterhouse, Allah-Las
WHERE: El Rey Theatre
WHEN: October 21
TIME: 8pm
Nick Waterhouse isn’t old, but he is old school. For his debut album out this month, Time’s All Gone, the 25-year-old Echo Park resident takes a quick trip in the way-back machine, dishing out clean-cut garage pop. It’s living room rock tailor-made for twisting and shouting by the light of a cathode-ray TV. Waterhouse imagines a world where pop music stopped in 1967, populating it with skronking saxophones, backup doo-wops, and swinging beats. He is a student of midcentury rock, ravenously collecting 45s from the “Wall of Sound” era. His self-released single goes for upwards of $300 among online collectors who crave a vinyl slice of his jukebox jams. Catch him May 10 at the Center for the Arts in Eagle Rock, getting gritty while looking sharp. –Drew Tewksbury

Blues for Smoke
WHERE: Geffen Contemporary at MOCA
WHEN: Sunday, October 21, 2012 to Monday, January 07, 2013
TIME: Various times
Chase the blues from juke joint to gallery. The show considers the impact of this quintessentially American music form on art, film, and photography, with everyone from Buddy Guy to John Lee Hooker serving as muses. More Information.