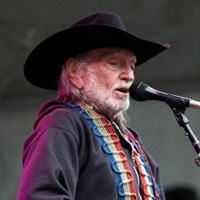 This week’s must-see L.A. shows include a redheaded stranger, a singer whose R&B chops can fill a concert hall, and one version of a hair metal band that’s constantly at war with itself

MONDAY: If you haven’t heard the accolades being heaped on The Strypes for their ability to create R&B ruckus without making it sound like parody, do yourself a favor and see this show. We caught the band’s first American appearance in January (along with Elton John) and were impressed by the energy and sound that the boys are putting out. At times, it felt like we had been transported back to a more exciting era in music.
The El Rey Theatre: 5515 Wilshire Blvd., Miracle Mile. Tix: $20.

TUESDAY: We first caught Kelela at this year’s pre-Grammy Moja Moja showcase. Often lumped in with other artists whose work melds R&B with electronic music, Kelela has a voice that can fill a concert hall and her unique vocals outshine anyone to whom she’s routinely compared. Her captivating stage presence makes you feel like she’s singing for you alone. An up-and-coming star, she has also been endorsed by respected artists like Little Dragon.
The Echo: 1822 W. Sunset Blvd., Echo Park. Tix: $12.

WEDNESDAY: What can be said about country superstar Willie Nelson that hasn’t already been said? The icon will be playing in support of his 2013 release To All The Girls, an album that finds the redheaded stranger dueting with a roster of famous country singers including Dolly Parton, The Secret Sisters, and Roseanne Cash. The album is Nelson’s highest charting release since 1989.
The Wiltern: 3790 Wilshire Blvd., Miracle Mile. Tix: $55-120.

THURSDAY: There are two versions of Queensryche. One that features vocalist Geoff Tate singing ’90s power ballads like “Silent Lucidity”; the other version has a new vocalist and most of the original band members. The band has been in turmoil since their heyday, and until the courts decide which version is legit, you get to pick. Thursday’s show will feature Tate.
House of Blues: 8430 Sunset Blvd., West Hollywood. Tix: $39.

SATURDAY: The last time we saw Rhye, the soulful duo of singer Mike Milosh and Quadron producer Robin Hannibal, Milosh insisted on performing in the dark, but that didn’t diminish the crowd’s rapturous enjoyment. The voice was shrouded in mystery when singles first started popping up on the internet without any accompanying info, and many listeners assumed they were hearing a female singer. The group has since released the critically acclaimed Woman and built a stealth following. Walt Disney Concert Hall is the ideal setting for the band’s seductive sound.
Walt Disney Concert Hall: 111 S. Grand Ave., DTLA. Tix: $40-50.