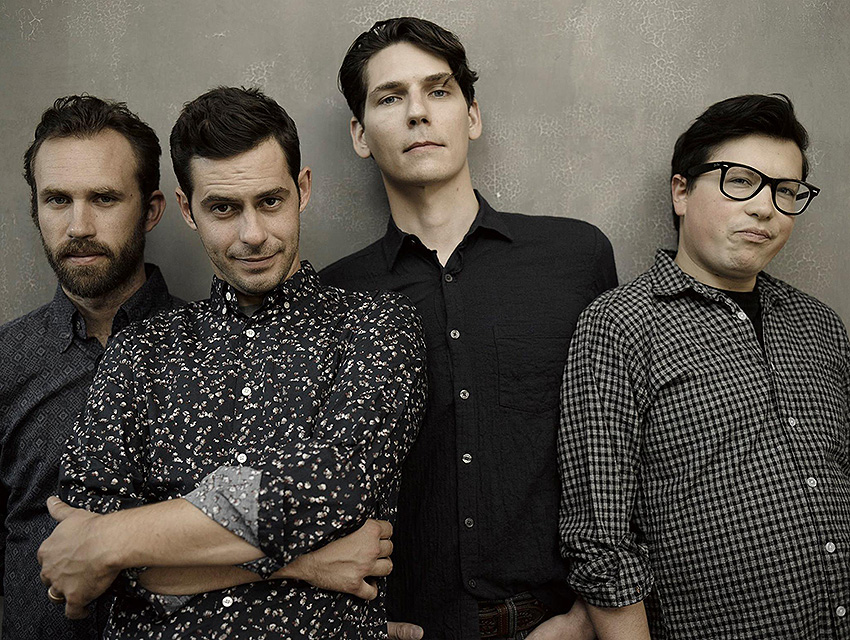 TUESDAY
In 2013, Southern rockers White Denim released their sixth studio album, Corsicana Lemonade, to much critical acclaim and airplay. The Austin quartet have been touring extensively since its release and this marks the closing night of their North American tour. The band has earned a reputation as one of the best to see live for their ability to freshen up studio versions of their songs, turning them into energetic spurts that take the listener somewhere unexpected. Fonda Theatre, 6126 Hollywood Blvd., Hollywood. Tix: $20

THURSDAY
The Melvins started out in 1983, a decade before the music they make would be labeled grunge. Indeed, they lit the fire on the sound that saw the commercial success of bands coming up from the Pacific Northwest, like Nirvana and Soundgarden. Buzz Osborne, the remaining founding member of the band, is credited for introducing his childhood friend Kurt Cobain to Krist Novoselic and Dave Grohl, his Nirvana band mates. Despite the fads in music that have come and gone, the Melvins has stayed true to its brand of rock; last week the band released its 21st studio album, Hold It In. The Troubadour, 9081 Santa Monica Blvd., West Hollywood. Tix: $20

FRIDAY
A former touring member of the Slits, island pop musician Hollie Cook is coming into her own and doing her parents proud (her father is Paul Cook of the Sex Pistols, and her mother, Jeni, was a back up singer for the ‘80s band Culture Club). Cook’s lyrics focus on life’s joy and pain; her band keeps the melodies lush and fluid. Comparisons to Lily Allen have been made, but Cook’s records have something extra—they make you daydream about being on the beach. The Echo, 1822 W. Sunset Blvd., Echo Park. Tix: $12

Eight years after rock star (and sometime prisoner) Arthur Lee, the eccentric lead singer of the ‘60s psych band Love, passed away, the group that backed him comes together to perform the live album Forever Changes in its entirety. El Cid, 4212 Sunset Blvd., Hollywood. Tix: $25

SATURDAY
Hall & Oates have sold more than 80 millions records and released 21 studio album, so it wasn’t surprising when they were inducted into the Rock and Roll Hall of Fame this year. Aside from this tour, both Darryl Hall and John Oates have stayed busy outside the studio and unable to work on new material; expect a set list full of favorites from the duo’s vast catalogue of hits. Greek Theatre, 2700 N. Vermont Ave., Los Feliz. Tix: $55-$128

On the Lookout for Love at the (Virtual) Matzo Ball

This Local Couple Found Their Relationship Rhythm on the Dance Floor