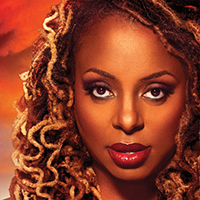 This week’s must-see L.A. shows include a gospel duo, an all-female parody band, and the musical stylings of two stoner comedians.

TUESDAY: “Nordic” rockers Sapphic Musk are an all female band from “Leztonia,” who are something of a throwback to womyn’s rock. Although most of the band’s backstory is made up, their music and live shows are seriously entertaining. The band consists of well-known local musicians who earned their chops playing in other popular bands from years past. Parody rock and roll is a dying breed; here’s a chance to experience the best the genre has to offer.
Redwood Bar: 316 W. 2nd St., downtown. Tix: $5 at the door.

WEDNESDAY: Upon hearing the Secret Sisters for the first time, you might feel like someone switched on a classic country record. Siblings Lydia and Laura Rogers are rooted in southern gospel. Last month they released Put Your Needle Down, their second full-length studio album. Produced by T. Bone Burnett the album’s vocal harmonies modernize the timeless sound the Rogers sisters are known for.
The Wiltern: 3790 Wilshire Blvd., Koreatown. Tix: $35-$55.

THURSDAY: Although Ledisi has been nominated for multiple Grammy and been invited to perform at the White House on numerous occasions, she has yet to become a household name. That doesn’t detract from the fact that her smooth, soulful voice cannot be ignored. She released her seventh album, Truth, in March; inspired by a failed relationship it’s her most personal work yet. Ledisi is also set to portray Mahalia Jackson in the Oprah Winfrey-produced Martin Luther King Jr. biopic, Selma. For this show she’ll be joined by jazz pianist Robert Glasper, with whom she collaborated on his Black Radio series.
Club Nokia: 800 W. Olympic Blvd., downtown. Tix: $30-$50.

SATURDAY: Funk band War and iconic stoner duo Cheech & Chong bring their appropriately named Up In Smoke music and comedy tour to Los Feliz. The act incorporates the vast catalog of music that War put out in the 1970s along with the comedic skits that helped boost Cheech & Chong’s anti-authority brand of humor. After playing its greatest hits, Warwill back Cheech & Chong as the duo plays their hits. War is set to release its first album in 20 years, Evolutionary, today so expect to hear some new tunes too.
The Greek Theatre: 2700 N. Vermont., Los Feliz. Tix: $35-$90.

SUNDAY: It wouldn’t be Memorial Day weekend without the UCLA Jazz & Reggae Festival. In its 28th installment the student-produced event makes such environmentally conscious efforts such as providing free water refilling stations along with working with food and craft vendors towards a zero waste policy. Saturday is sanctioned as a Jam Day with Aloe Blacc, the Internet, and Snoop Dogg headlining, while Monday is the Reggae Day and will feature Sister Carol, Kevin Lyttle and Ky-Mani Marley, and Black Uhuru.
UCLA Intramural Field: 405 Hilgard Ave., Westwood. Tix: $40-$80.