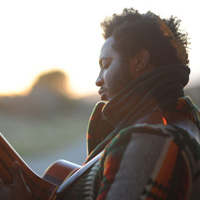 MONDAY: With 2012’s Sun, Chan Marshall, better known by her stage name Cat Power, evolved into a sound that was more spacy and electronic. The singer with the fragile yet husky voice has dealt with alcohol abuse and stage fright, and her live shows are more put together than ever.
El Rey Theatre: 5515 Wilshire Blvd., Miracle Mile. Tix: $30.

TUESDAY: Coming all the way from the UK, Sam Smith is best known as the voice on the Disclosure track “Latch.” In October, he released his first EP, Nirvana, which showcases the soulful and angelic tunes that Smith is building his reputation on.
El Rey Theatre: 5515 Wilshire Blvd., Miracle Mile. Tix: $25.

THURSDAY: Bass fusion virtuoso Thundercat is probably best known for his funky jazz session work with artists such as Erykah Badu and Flying Lotus, but his solo records are equally impressive. Born under the name Stephen Bruner, he comes from a musical family and has toured all over the world with such diverse artists as Suicidal Tendencies and Stanley Clarke.
The Echo: 1822 Sunset Blvd., Echo Park. Tix: $17.

FRIDAY: Avi Buffalo will christen the new Guerin Pavilion at the Skirball Cultural Center with his brand of melodic pop for Into The Night: Progression program. It’s a night of Indie rock meets performance art. People Get Ready, a Brooklyn-based band that weaves dance with guitar pop, will join dancer-choreographer Jmy James Kidd and the Sunland Dancers for a progressive party at various spots on the Skirball campus.
Skirball Cultural Center, 2701 N. Sepulveda Blvd., West L.A. Tix: $15 advance; $20 at the door.

SATURDAY: The 4th Annual Chicano Soul Legends extravaganza will feature heavyweights Thee Midniters with a special appearance from original vocalist Little Willie G, Malo, Tierra, Joe Bataan, and Sunny Ozuna (of The Sunliners) among others. Formed in East Los Angeles in the 1960s, Thee Midniters were one of the first Chicano acts to score a hit with their cover of Chris Kenner’s 1962 song “Land of A Thousand Dances.” Each performer on this bill has played a major role in making Chicano music so culturally prevalent today.