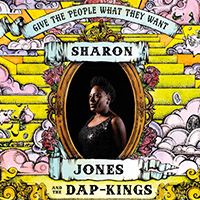 TUESDAY: It’s been quite a year for Sharon Jones who had to put a planned tour on hold to battle pancreatic cancer. She’s back, along with her band The Dap Kings, and they’re touring in support of their recent album Give The People What They Want. Expect nothing short of excellence as one of the funkiest bands around takes the stage in all its foot-stomping, booty-shaking glory.
The Wiltern: 3790 Wilshire Blvd., Miracle Mile. Tix: $35-40.

THURSDAY: Multitalented (and Grammy-winning) Tijuana singer Julieta Venegas comes to town in support of her 2013 release Los Momentos. Starting out in the Mexican ska band Tijuana No!, Venegas has ventured down her own path drawing on her abilities as a classically trained pianist, guitarist, accordion player, and keyboardist. For this tour, Venezuela’s Los Amigos Invisibles and local band Wonderfox share the bill.
The Fonda Theatre: 6126 Hollywood Blvd., Hollywood. Tix: $30.

FRIDAY: Formed in Toronto in 1983, Tapps became prominent in the Latin disco scene with a barrage of hits that never seem to fade away. The genre has a special place in the heart of the Los Angeles Latino community, and Tapps is one of the groups that you have to see, especially if you didn’t get the chance to do it way back when.
New Wave Restaurant: 17847 Lakewood Blvd., Bellflower. Tix: $10 at the door.

SATURDAY: Neil Young will take the stage for four nights to perform tunes from his expansive catalog. The Canadian rocker is keeping up with the times; he recently launched PonoMusic, a music service aimed at improving the sound and quality of online music. What’s the angle? It lets users download master recordings that have been approved for release by the artists.
The Dolby Theatre: 6801 Hollywood Blvd., Hollywood. Tix: $85-$414.