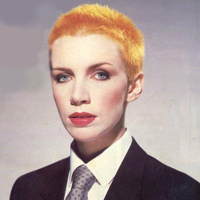 This week’s must-see L.A. shows include a genre-defying R&B rocker, a rare Eurythmics reunion, and the UK’s hottest up-and-coming band. Sweet dreams are definitely made of this.

MONDAY: Billing it as “a night that changed America,” the Grammys are commemorating the 50th anniversary of The Beatles’ first appearance on The Ed Sullivan Show. Their 1964 appearance went out to 73 million viewers, making it a landmark performance that has yet to be matched by any other pop musician. A live concert will feature a one-night only reunion of the Eurythmics’ Annie Lennox and Dave Stewart, along with performances from John Legend, Alicia Keys, Keith Urban, Maroon 5, John Mayer and the promise of Sir Paul and Ringo performing Beatles tunes together. Can’t afford to fork out $400 to join the fun? The show will be aired February 9on CBS.
Los Angeles Convention Center, 1201 S. Figueroa St., downtown. Tix: $85-$395.

TUESDAY: It’s been along time coming but finally the four Irish teenagers known as The Strypes are making their first appearance in Los Angeles. Influenced by a love of garage rock, blues, and classic R&B, the boys have been paying their dues with several highly praised gigs at festivals across the pond. The band was also dubbed NME’s #1 band to watch and have earned the approval of Paul Weller, Roger Daltrey, and Dave Grohl among others. Make no mistake, this is one of the most impressive bands to swing through L.A. in quite some time.
The Troubadour, 9081 Santa Monica Blvd., West Hollywood. Tix: $15.

THURSDAY: The Bluebonnets play a dynamic blend of straight-up rock and roll, glitter blues, and girl group harmonies that should appeal to any fan of those genres. The band, which hails from both Austin, Texas and Los Angeles, includes ex Go-Go Kathy Valentine on main songwriting and guitar duties. The energetic live shows are what this band is known for. Honeychain, Kelly Moneymaker & Jane Lee Hooker, and Imani Chyle play in support.
Molly Malone’s, 575 Fairfax Ave., Mid-City. Tix: $10.

FRIDAY: Michigan native Mayer Hawthorne is well known for his vintage R&B sound, but on his 2103 release Where Does This Door Go he defied easy labels. Collaborating with Pharrell Williams on a few tracks off the record showcased his vocals and solidified Hawthorne’s ability to transcend genres. Denmark’s Quadron, a group who’s sultry soul and melodic arrangements have grabbed the attention of serious music heads, open the show.
The Palladium, 6215 Sunset Blvd., Hollywood,. Tix: $40.