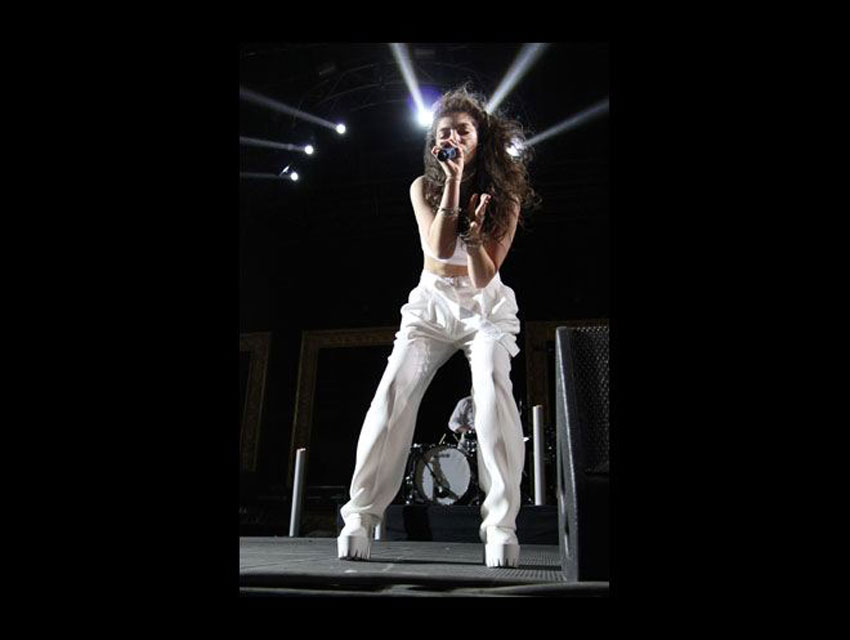 This week’s must-see L.A. shows include a hip-hop mega-fest and a band of Japanese pop-punk veterans.

MONDAY/ TUESDAY
New Zealand teen phenom Lorde swept the world with her catchy megahit “Royals,” bringing a new edge to stereotypical teen pop. Her voice has strength, while her lyrics are tinged with a darkness that has sent music labels searching for imitators ever since. As the youngest solo artist to hit number one, Lorde has an intriguing, high-energy stage presence that zaps you back into remembering she’s just a teenager after all.
The Greek Theatre: 2700 N. Vermont Ave., Los Feliz. Tix: $50-$80.

TUESDAY
Robert Plant continues to decline a Led Zeppelin reunion but two years ago he formed The Sensational Space Shifters. The band finally released its first studio LP last month, Lullaby… and the Ceaseless Roar, which Plant describes as celebratory yet gritty. He drew lyrical inspiration from time spent in the American south, but the sound is more reflective of West Africa with some trance thrown in.
The Palladium: 6215 Sunset Blvd., Hollywood. Tix: $70.

WEDNESDAY
Cheerful Japanese pop-punk act Shonen Knife has been touring and performing for 33 years. The band has a cult like following and has often been called the female Ramones for their short, three-chord songs filled with silly lyrics. The last time all three original band members toured was in 2001, but remaining founder Naoko Yamano has recruit new members to continue the legacy. This April Shonen Knife released Overdrive, its 19th studio album.
Bootleg Theater: 2220 Beverly Blvd., Silver Lake. Tix: $15.

SATURDAY
Supersonico Fest features a slew of alternative Latin bands, from chart topping groups to up-and-comers, some of which are local. There will be art and food trucks along with DJ sets (including one by Raul Campos of KCRW) to keep the afternoon going. Our top picks:  Café Tecuba, Calle 13, Ana Tijoux, Jungle Fire, Ceci Bastida, Los Rakas, Bomba Estereo. Curated by Tomas Cookman, president of Nacional Records and founder of the Latin Alternative Music Conference.
Shrine Expo Hall: 665 W. Jefferson Blvd., DTLA. Tix: $63.

West Coast hip-hop proves that party music can be raw, real, and reflective of urban life. Heavy hitters of the scene join forces for Power 106’s How the West Was Won with a stellar lineup that hasn’t come along since the Up in Smoke Tour: Ice Cube, Snoop Dogg, DJ Quik, The Game, Tha Eastsidaz, Too Short, Xzibit, Suga Free, and more. One noticeable absence is Nate Dogg, whose silky voice pops up on so many tracks. Maybe he can hologram it in.
Verizon Amphitheatre: 8808 Irvine Center Dr., Irvine. Tix: $45-$150.