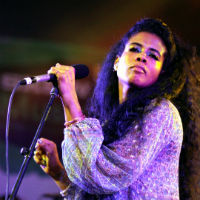 This week’s must-see L.A. shows include a sassy singer who can’t be boxed in, a surprisingly hip Pasadena street fest, and electro-synth rockers from Omaha.

TUESDAY: Calling all fans of Husker Du and Sugar. Influential singer and songwriter Bob Mould will make an appearance to celebrate his new release Beauty & Ruin, his first solo album in two years. The album is a 36-minute set of songs about personal identity, loss, and resilience.

WEDNESDAY: Kelis can’t be pigeonholed. Each release has been an eclectic mix of sounds and collaborations with high-profile producers that have resulted in chart toppers like “Milkshake” and “Bossy.” On her sixth album, Food, Kelis draws inspiration from what’s on her plate and how it crosses such diverse genres as Afrobeat and gospel. The growth in her musicianship is reminiscent of Erykah Badu’s career; both continue to up the creative ante.

THURSDAY: Merrill Gallbus has paid her dues, touring constantly and making an impression with her fiery live performances that include live drum looping and an array of non-traditional instruments. Last month as Tune-Yards, she put out her third studio album Nikki Nack, which debuted at #4 on the U.S. alternative rock charts.

FRIDAY: Electro-synth rockers The Faint put out Doom Abuse in April, making it the sixth full length studio release for the four-piece from Omaha, Nebraska. The new material is full of the political diatribes and catchy hooks that the band is known for. When the band performs, the moody dance element comes alive and brings out fans in droves.

SATURDAY & SUNDAY:
The Ink N Iron Festival was born from a 2003 tattoo convention and has grown into a three-day event held on the grounds of The Queen Mary in Long Beach. It’s a music festival, a tattoo convention, a cabaret, and a car show with plenty of hot rods and lowriders. The tickets are budget-friendly and really worth it for the music acts alone. This year the performers include Junior Brown, Merle Haggard, Wanda Jackson, the Skatalites, Detroit Cobras, Roddy Radiation of The Specials, Fear, the Buzzcocks, Nick Waterhouse, Suicidal Tendencies, and the Damned, among others.

Make Music Pasadena is a sprawling, all-ages festival held in Old Town Pasadena that’s reminiscent of now defunct Sunset Junction. Although this is a one-day event, it features a donation-based entry fee, a roster of high-profile acts, and the goal of bringing the community together. It will take some careful planning to catch everyone you may want to check out. Our picks for the day include: Saint Motel, Yuna, Tennis, Moses Sumney, Surfer Blood, Quitas Penas, Afro Cuban Jazz Project, Ester Rada, & Sylvan Esso.