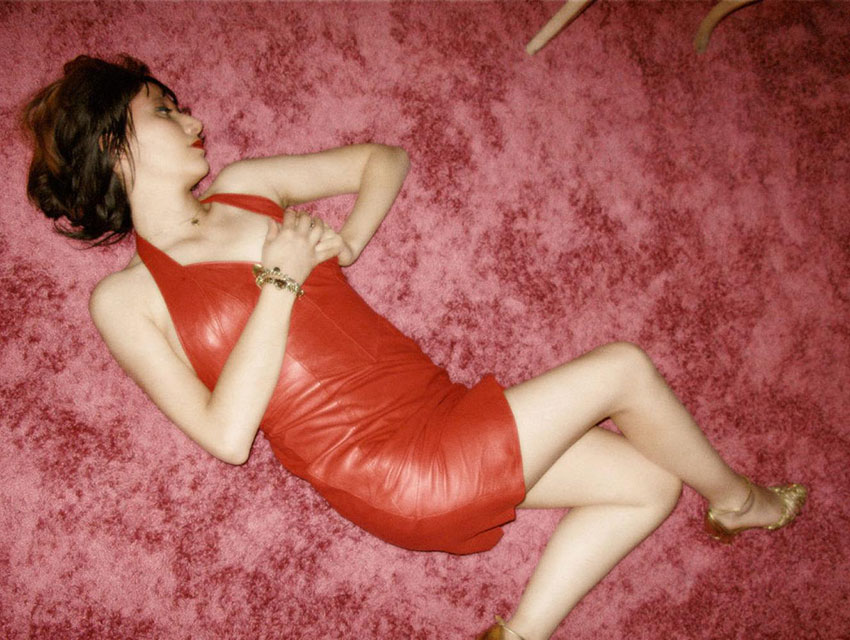 This week’s must-see L.A. shows include a Brazilian legend, a post-punk princess, and a nostalgic evening of ’90s indie rock.

TUESDAY
Part of the magic of the band Yeah Yeah Yeahs comes from singer Karen O‘s voice, which can sound like a gnarling punk growl or a sentimental whisper. The movie Her, directed by her former paramour Spike Jonze, showcased the latter. Released this month her solo album, Crush Songs, clocks in at a mere 26 minutes but provides insight into a period during which she was on a quest for a love.
Amoeba Records: 6400 Sunset Blvd., Hollywood. Tix: FREE;
Also performing Wednesday and Thursday at Hollywood Forever Cemetery: 6000 Santa Monica Blvd., Hollywood., Tix: $35

WEDNESDAY
English punk rockers Buzzcocks have been playing together for more than 38 years. The band’s main draw has been its mastery of power punk singles with infectious melodies that sound like they might have been released today. The group recently released its ninth studio album entitled The Way, funded by a pledge campaign. The album is already in the hands of donors will soon be available to the rest of us.
Fonda Theatre: 6126 Hollywood Blvd., Hollywood. Tix: $25

THURSDAY
With “Cannonball” The Breeders created one of the iconic tunes of ’90s alternative rock. Led by Kim Deal, whose twin sister Kelley is also in the band, the group has reunited with all its original members to commemorate the 20th anniversary of the release of Last Splash. Although that video may be the easiest way to remember them, it will be the strength of their sharp songs filled with vocal harmonies that will bring you back to why this band should be thought of more than just a one hit wonder. Beloved indie band Neutral Milk Hotel headlines its first L.A. show since 1998, with Daniel Johnston opening.
Hollywood Bowl: 2301 N. Highland Ave., Hollywood. Tix: $20-$65

After indulging in fried everything at the L.A. County Fair, catch a set by Chaka Khan, who has influenced droves of female soul singers. She is currently working on an album, iKhan, set to be released later this year. Grammy award winning jazz guitarist George Benson will also perform. His set is sure to include hits like “Turn Your Love Around,” “Give Me The Night,” “This Masquerade,” and more. Concert ticket includes fair admission.
L.A. County Fair: 1101 McKinley Ave., Pomona. Tix: $35-$135

FRIDAY
Luis Miguel remains one of Latin America’s biggest pop stars. Known for his ballads, mariachi tunes, and boleros, Luismi, as fans affectionately refer to him, is often called the “Latin Frank Sinatra.” In 1994 he was tapped by Sinatra for the album Duets II. Expect to hear the single “Déjà Vu,” which was released to coincide with this tour.
The Forum: 3900 Manchester Blvd., Inglewood. Tix: $30-$300

SATURDAY/SUNDAY
Organized to promote music the music that made this stretch of West Hollywood so historic, the Sunset Strip Music Festival has been gaining momentum since its inception in 2008. This year it will include headliners and honorees Jane’s Addiction, who will perform 1988’s Nothing’s Shocking in its entirety. Sunset Blvd. will be closed as it plays host to 70 bands more than two days. Other the acts to catch: Mayer Hawthorne, Empire of the Sun, DJ Quik, Big Freedia, Metalachi, and more.
Sunset Strip: 9000 Sunset Blvd., West Hollywood. Tix: $49-$249

SUNDAY
In 1967 at the height of the Tropicalismo movement in Brazil, Caetano Veloso had carved out a name for himself by collaborating with artists such as Gal Costa, Gilberto Gil, and the psychedelic Os Mutantes. The sound, and the politics that went along with it, were a form of rebellion against Brazil’s conservative government. Veloso released influential albums that made him one of the country’s most recognized artists. As time went on, he mined other musical styles including jazz, classical, and other Latin genres, which has made for a diverse and fascinating career. Sorta freaky folk singers Andrew Bird and Devendra Banhart support.
Hollywood Bowl: 2301 N. Highland Ave., Hollywood. Tix: $30-$158