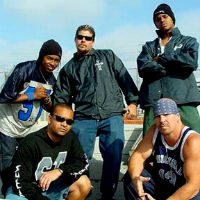 This week’s must-see L.A. shows include a British phenom, a rockabilly queen, SoCal punk vets and the Mexican Elvis.

TUESDAY: Get into the holiday spirit with Grammy winner Judy Collins, who will bring her folk stylings to downtown L.A. where you can expect an evening that mixes seasonal Christmas music with her greatest hits. Performing and releasing music since 1959, Collins has built a timeless body of work.
Walt Disney Concert Hall: 111 S. Grand Ave., DTLA. Tix: $41 – $101.

WEDNESDAY: Making waves from across the pond is 19-year-old Archy Marshall, known by his stage name, King Krule. With his baritone voice and lyrics that touch on the socially dejected, he’s already being compared to Joe Strummer but his influences run the gamut from Eddie Cochran to Fela Kuti. Here’s your chance to see the Next Big Thing.
The Fonda Theater: 6126 Hollywood Blvd., Hollywood. Tix: $22.50.

THURSDAY: Punk’s parodying answer to itself was Inland Empire band White Flag. Before passing away in September, founding member Bill Bartell aka Pat Fear (a name inspired by the Germs’ Pat Smear) was an advocate for foreign bands like Japan’s Shonen Knife and Brasil’s Os Mutantes. Some of those he lauded are returning the sentiment with a show at the Echo. The Germs will perform with appearances by the Charlotte Caffey of the Go-Gos, Redd Kross, and Sergio Dias of Os Mutantes, along with other unannounced guests in a benefit for musicians’ charity Sweet Relief.
The Echoplex: 1822 W. Sunset Blvd., Echo Park. Tix: $16.

FRIDAY: In March, Venice thrashers Suicidal Tendencies released 13, their 9th studio album and their first batch of new material in thirteen years. Formed in 1981, the band has had its share of rotating members (they Thundercat and include current Metllica bassist Robert Trujillo), but their sound and reputation remain the same: hardcore.
Fonda Theater: 6126 W. Sunset Blvd., Hollywood. Tix: $33.

SATURDAY: Rockabilly queen Rosie Flores and El Vez, the Mexican Elvis, bring their spirited Merry MeXmas show to town. Expect to hear some serious honkin’ and tonkin’ from Flores, whose ’70s band the Screamin’ Sirens has helped keep the punkbilly scene alive. Back in the ’80s, Robert Lopez was a founding member of the Zeros, one of East L.A.’s first punk bands, but he’s best known for his pompadoured persona El Vez. Reformulating Elvis and David Bowie tunes to sympathize with the Latino struggle, he adds layers of meaning—and fun—to an interactive show that’ll get you tuned up for the holidays.
La Cita: 336 S. Hill St., DTLA. Tix: $10 at the door; show starts at 9 p.m.