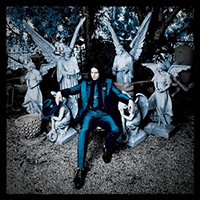 TUESDAY: Eric Burdon and the Animals, the group responsible for classics such as “The House of the Rising Sun,” “Don’t Let Me Be Misunderstood,” and “We Gotta Get Outta This Place,” will play a couple of nights in town. Burdon went on to be the key voice on hits for other bands like War’s “Spill The Wine” while putting out impressive solo records that emphasized the blues influence of his earlier work. Expect to hear a selection of hits that represent all aspects of his career.
The Roxy: 9009 W. Sunset Blvd., West Hollywood. Tix: $65-$100.

WEDNESDAY: Jack White just released his second solo record Lazaretto, an effort that finds the guitarist, singer, writer, and producer exploring a variety of sounds that you wouldn’t necessarily associate with him. He’s often called a throwback blues artist but that’s too simple a description, because he always manages to add his own touch to whatever he’s playing.
Mayan Theatre: 1038 S. Hill St., downtown. Tix: $75.

THURSDAY: The Western Standard Time Ska Orchestra, a 20-piece super-group that consists of current and past members from Los Angeles’s own Ocean’s 11, Hepcat, the Aggrolites, and The Expanders, will celebrate 50 years of ska. The group originally formed as a tribute to 1960s Jamaican ska pioneers the Skatalites. The night will bring together a local community of musicians as they pay homage to a genre that still thrives today.
Echoplex: 1822 W. Sunset Blvd., Echo Park. Tix: $20.