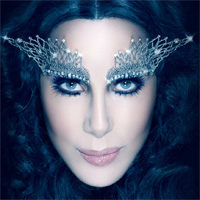 This week’s must-see shows include sets by L.A.’s caped cumbia crusader, a diva on her final go-around (or she claims), and a pioneering local punk band.

MONDAY
If you didn’t catch Cher on her first “farewell” tour (circa 2002) you’re in luck. The 68-year-old pop icon brings what she claims will be her final tour to town. With her stage presence, her sass, and her outrageous costumes, it’s as if time was never turned back. Cyndi Lauper opens the show.
Staples Center: 1111 S. Figueroa St., downtown. Tix: $25-$156.

TUESDAY
Recently inducted into the Rock & Roll Hall of Fame, KISS has been putting out records for 40 years. Credited with spawning the rise of rock metal, the group has seen many changes in its lineup but mainstays Gene Simmons and Paul Stanley continue to bring the theatrics. Despite the members’ advanced years, they seem to show no signs of slowing down as they continue to rock and roll all night—and party everyday. ’80s era hair metal band Def Leppard warms up the crowd.
The Forum: 3900 Manchester Blvd., Inglewood. Tix: $40-$118.

THURSDAY
In the early ’80s, X helped cultivate Los Angeles’s punk rock scene, even paying homage to its hometown by naming its first LP after the city. For four nights, all the original members will perform a different album in its entirety with some songs being played live for the first time. Each night promises special unannounced guests.
The Roxy: 9009 W. Sunset Blvd, West Hollywood. Tix: $35.

FRIDAY
Originally billed as The Spirit of Cesaria, Grand Performances had to change the lineup of this show due to the cancellation of the Barefoot Divas’ North American tour. Instead, the bill will be filled by Quantic aka Will Holland, the UK-born, Columbia-based musician, DJ, and producer of cumbia, funk, soul, Caribbean, tropicalia and jazz sounds. Quantic recently released Magnetica, an album full of sonic gems that features singer Thalma De Freitas, who we saw perform with Holland a few weeks back. She brings an authenticity and spark to Holland’s rhythms and will also perform.
Grand Performances: 350 S. Grand Ave., downtown. Tix: Free.

SATURDAY
The Decoders, a 20-piece ensemble of top local musicians, lead a tribute to singer Minnie Riperton and her work with the soul psych outfit Rotary Connection. The group is known for its innovative reworkings of classic ’60s and ’70s soul tunes.
Grand Performances: 350 S. Grand Ave., downtown. Tix: Free.

As part of the free Saturdays Off the 405 concert series at the Getty Center, Chicano Batman will perform cuts from its most recent album Cycles of Existential Rhymes. Fresh off an East Coast tour, the band returns home to play the polyrhythmic sounds that have made it one of L.A.’s most entertaining live. Wear your dancing shoes.
Getty Center: 1200 Getty Center Dr., West L.A. Tix: Free.

SUNDAY
Rising from the ashes of Joy Division after lead singer Ian Curtis committed suicide, New Order made a name for itself in the ’80s with synth pop hits like “Blue Monday,” “Bizarre Love Triangle,” and “Age of Consent.” The group has soldiered on without founding member Peter Hook, even debuting new material on this tour, a move that frontman Bernard Sumner hopes will keep the band viable. Electro clash singer La Roux supports.
The Greek Theatre: 2700 N. Vermont Ave., Los Feliz. Tix: $40-$80.