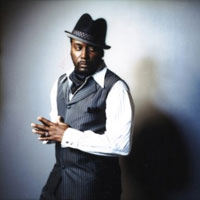 TUESDAY: American folk and rock songstress Lucinda Williams visits L.A. to celebrate the 25th anniversary of her self-titled debut album, which was re-released in January. Performing in support of her World Tour of Los Angeles, the event is being billed as a night of old songs, new songs, borrowed songs, and blues songs. Catching her in such an intimate venue is a treat, whatever sogns she plays.
Troubadour: 9081 Santa Monica Blvd., West Hollywood. Tix: $35.

WEDNESDAY: Legendary rocksteady duo Keith Rowe and Texas Dixon, better known as Keith & Tex, formed in 1960s Jamaica. At the start of their career they were rejected by some of the top producers of the era (Prince Buster, Coxone Dodd to name a few) before finding success with Derrick Harriott. One of their bext known singles “Stop That Train” was a cover that became more popular than the original.
The Echoplex: 1822 W. Sunset Blvd., Echo Park. Tix: $10.

THURSDAY: Hailing from Malaysia, 27-year-old Yuna first gained attention with her single “Live Your Life,” a track produced by Pharrell Williams. Yuna blends soft, melodic indie rock with soul and has been writing songs since she was 14. She’s currently touring in support of her first album for Verve Music Group, Nocturnal.
The Glass House: 200 W. 2nd St., Pomona. Tix: $18.

FRIDAY: A veteran of the golden era of hip hop, Big Daddy Kane remains one of the most skilled MCs of all time. He’s often cited and as one of the most influential rappers by mainstays of the genre; Jay Z started out by appearing onstage between Kane’s costume changes. Kane’s first two releases Long Live The Kane and It’s a Big Daddy Thing were instant hip hop classics.
House of Blues: 8430 Sunset Blvd., West Hollywood., Tix: $38.50.