Tom Cruise is the GOAT. Let’s just start with that thesis statement. There has never been a movie star like Tom Cruise and there never will be another, either.

And yet, having said that, I was never a big Top Gun guy… and I was the captain of my high school volleyball team. I should’ve loved Top Gun. But I always thought the movie was a little cheesy, with its power ballads and military machismo. I mean, the “Danger Zone?” If you ask me, the real Danger Zone of 1986 was in the back of Frank Booth’s car in Blue Velvet. I say all this to establish my lack of Top Gun credentials right upfront, so that you’ll really believe me when I tell you the following:

It is the perfect summer blockbuster. It’s also so much more than that. This isn’t simply a crass commercial product, it’s a surprisingly emotional film that I predict will be remembered as one of the all-time great action sequels, right up there with Aliens, The Dark Knight, and Terminator 2: Judgment Day. I truly think that with the right awards campaign, Top Gun: Maverick will be among next year’s Best Picture nominees, as its action scenes are just as groundbreaking as those in Mad Max: Fury Road and Dune, and overall, this movie blows those two out of the sky.

Honestly, Cruise hasn’t been this charming since Jerry Maguire, and though he may be a long shot, he deserves to be in the Best Actor conversation for this performance. No one really said that about Mad Max‘s Tom Hardy or Dune‘s Timothee Chalamet, did they?

The difference between those two Oscar-nominated blockbusters and this one comes down to Top Gun‘s superior script, credited here to Ehren Kruger, Eric Warren Singer, and Cruise’s go-to scribe Christopher McQuarrie, based on a story by Peter Craig and Justin Marks. It’s normally a worrying sign when you see five writers on a project but regardless of who deserves the lion’s share of the credit here, the script here is pretty airtight. 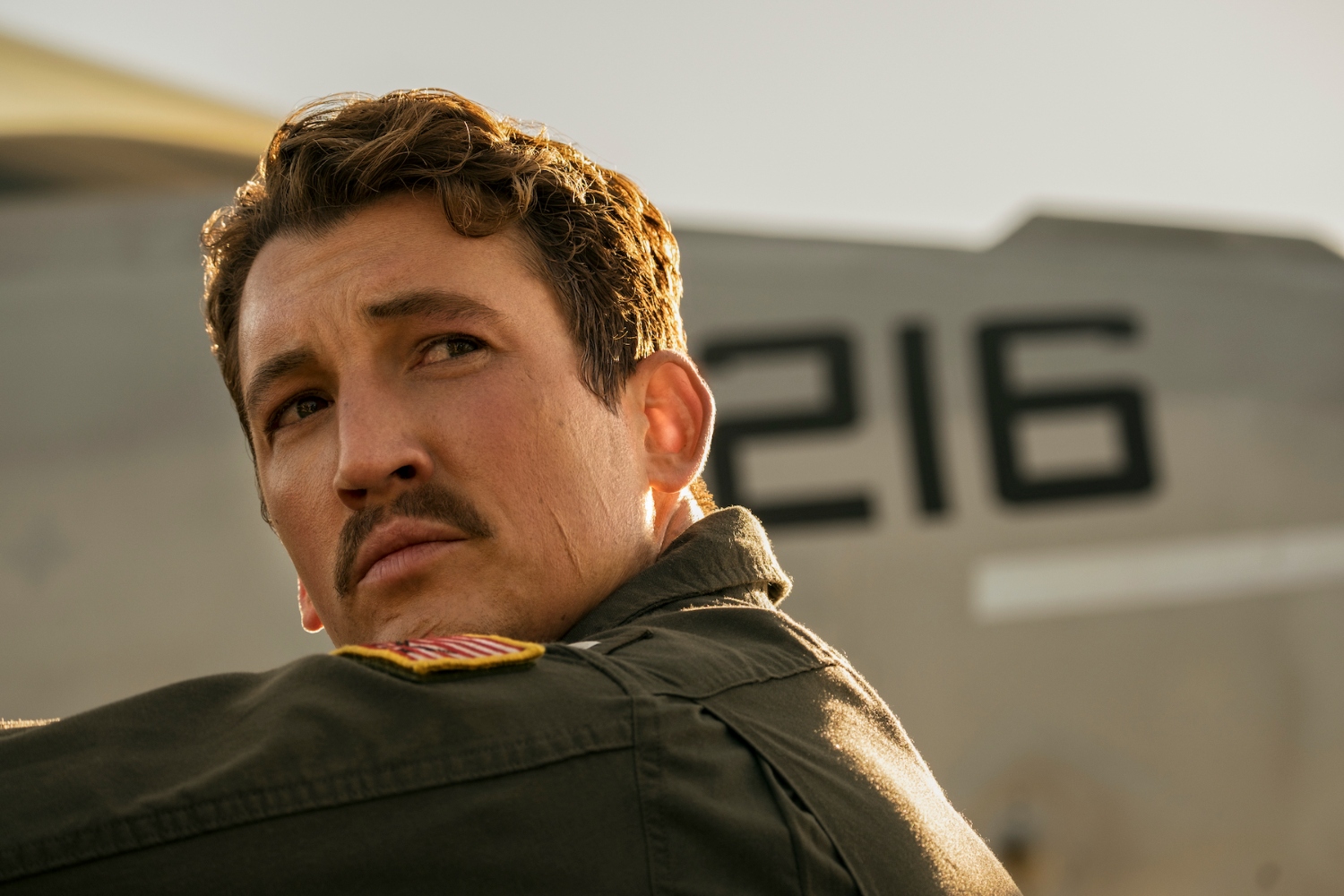 It finds Cruise’s Pete Mitchell (callsign “Maverick”) being put in charge of training a group of Top Gun graduates for a specialized mission that offers a narrow chance of survival. These hotshot young pilots are the Navy’s cream of the crop, and they all think they’re invincible, even though one of them, Bradley “Rooster” Bradshaw (Miles Teller), sadly knows first-hand how that isn’t true. See, he’s the son of Nick “Goose” Bradshaw (Anthony Edwards), who was tragically killed in the original film. Maverick was Goose’s best friend, and even though he was cleared of any responsibility for Goose’s death in that film, he was wracked with guilt. Rooster hasn’t really forgotten about that — or forgiven him.

But Rooster has more to worry about than his new instructor. He’s in competition with the alpha male of the class — Hangman (Glen Powell), an ace pilot in his own right who represents the best of the best. The rest of the sky squad includes Payback (Jay Ellis), Fanboy (Danny Ramirez), Coyote (Greg Tarzan Davis), female pilot Phoenix (Monica Barbaro), and last but certainly not least, good ol’ Bob (Lewis Pullman).

While Maverick may be their instructor, the man has purposely dodged an advancement in rank after 36 years of service, so he’s hardly the boss of the base these days. No, there are layers of military bureaucracy represented by Jon Hamm‘s Cyclone and Ed Harris‘ Rear Admiral Cole, the two of whom may be the closest this movie has to “bad guys.” If you can take this film to task over one thing, it could very well be its lack of a clear “villain,” but you almost have to think of Top Gun: Maverick as a video game where the enemy is the sheer difficulty of the mission itself.

Director Joseph Kosinski does a terrific job balancing the various threads of this film, delivering some truly dazzling aerial combat scenes that rewrite the visual language of such sky-bound battles. The choreography of some of these sequences is truly fantastic. Kosinski doesn’t really get enough credit as a filmmaker, as both Tron Legacy and Oblivion were also visually stunning, though neither was as good as his 2017 firefighter drama Only the Brave (also starring Teller), which had been the director’s best movie until now.

Kosinski is aided by some top-notch artisans, as the cinematography from Claudio Miranda is fantastic, while editor Eddie Hamilton satisfies the audience’s pathological need for speed by keeping the running time at a relatively tight 137 minutes, all things considered. Meanwhile, some of you will get chills the first time you hear those unforgettable opening notes from Harold Faltermeyer‘s iconic score, while others will want to sit through the credits to listen to Lady Gaga‘s single “Hold My Hand,” though Hans Zimmer and Lorne Balfe do most of the heavy lifting on the music front. Either way, there’s something for everyone on the soundtrack, regardless of what floats your boat. 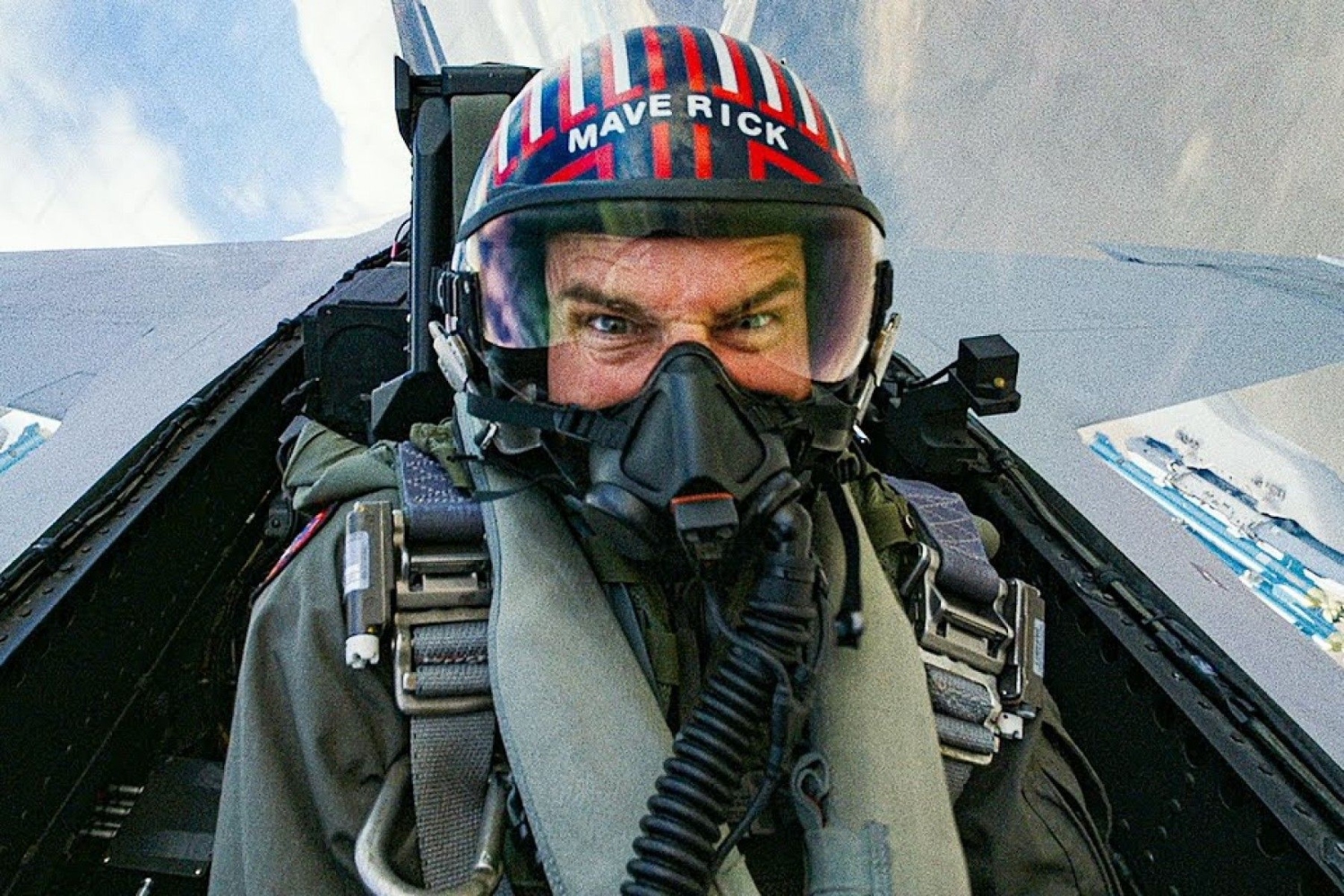 Cruise is simply magnetic here, his toothy smile projecting a youthful energy that the lines on his face belie. He’s commanding when he has to be and vulnerable as well, and there’s a welcome arrogance about Maverick, who harkens back to a time when heroes maybe weren’t so humble.

Honestly, Cruise hasn’t been this charming since Jerry Maguire, and though he may be a long shot, he deserves to be in the Best Actor conversation for this performance. No one really said that about Mad Max‘s Tom Hardy or Dune‘s Timothee Chalamet, did they? But that’s why Tom Cruise is Tom Cruise. He is the only person on the planet who could pull off a movie like this. Will Smith could not pull off Top Gun: Maverick. Dwayne Johnson could not pull off Top Gun: Maverick. OK… Meryl Streep probably could because she’s Meryl Streep, but good luck getting her in the cockpit of a fighter jet anytime soon.

Fortunately, Cruise loves a challenge, and we love the ageless actor because he’ll forever be Hollywood’s Hero — whenever you reach for him, he’ll do all that he can. Yes, that’s from “The Power of Love,” and yes, that’s the Power of Cruise.

Meanwhile, Powell was famously one of three finalists for the role of Rooster, and though he lost the part to Teller (who makes for a more compelling and relatable underdog, as Rooster is a character with a chip on his shoulder and something to prove), Cruise was so impressed with the young actor that he ordered the writers to beef up the role of Hangman for Powell. Once you see the movie, you’ll see how both Teller and Powell are perfect in their respective roles, proving the old adage that everything truly happens for a reason.

Likewise, Hamm and Harris provide just the right number of stern looks of disapproval that this movie needs, as any more scowls might have seen them become caricatures. And without giving away the context of his appearance, it’s great to see Val Kilmer back onscreen as Iceman, because there’s something truly touching about his work in this film, and I’m so glad not only that he was able to participate, but that the writers actually gave him a scene worthy of his character. 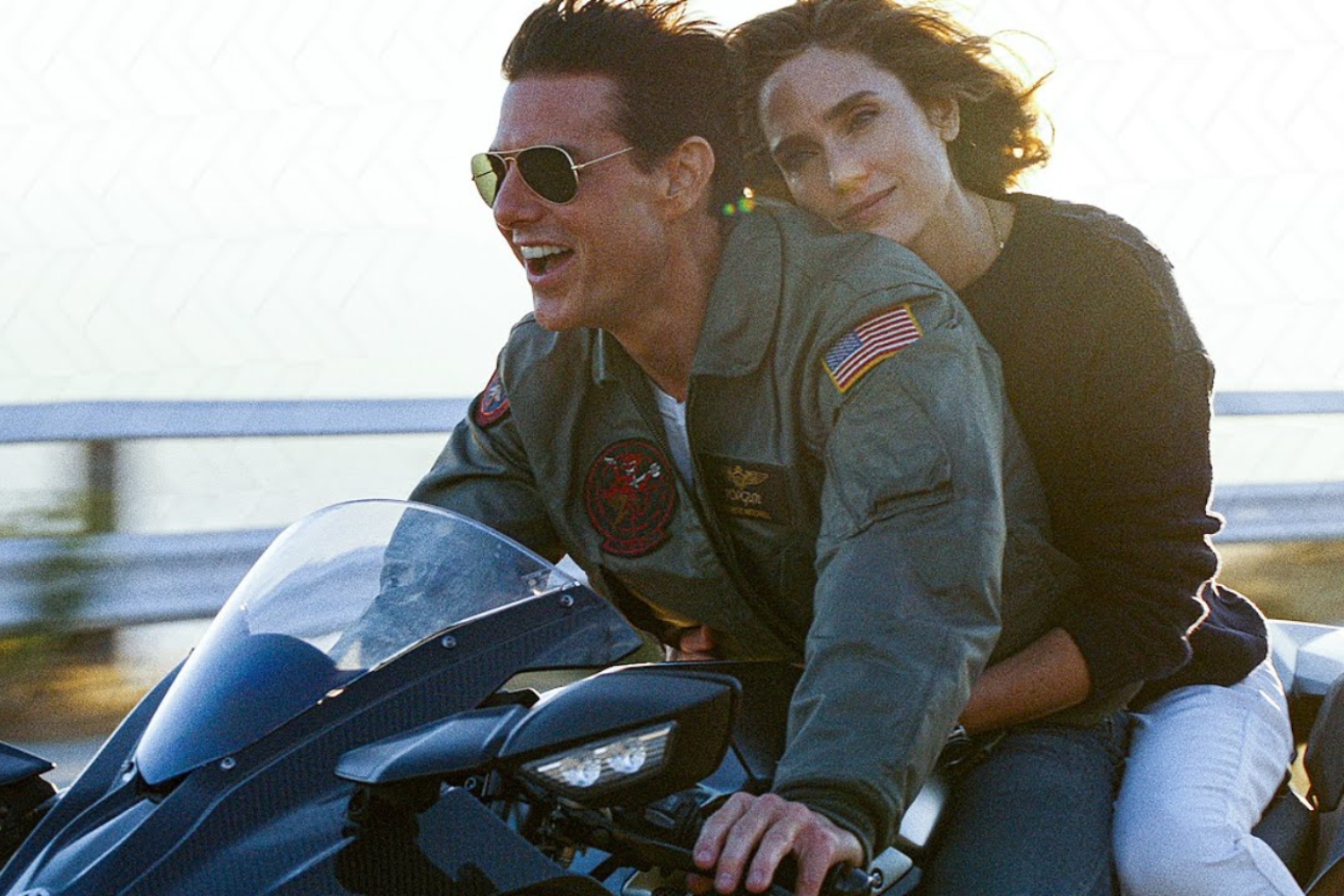 However, the secret weapon of this film is Jennifer Connelly, who plays its female lead — a single mother running a bar near the Naval base who shares a history with Maverick. Though the script only skims the surface of that history, the actress shares such great chemistry with Cruise that the lack of backstory doesn’t matter all that much. After all, their initially hard-to-define relationship is the element of the film that is responsible for the Jerry Maguire comparisons, as it’s fun to watch an earnest Cruise play romantic suitor to an age-appropriate love interest he must work to win over.

Top Gun: Maverick is basically what every summer blockbuster should aspire to be. It’s practically flawless, and kudos to both Paramount for not selling this off to a streaming service for a quick buck, and to Cruise for fighting the good fight to keep it in theaters for a while before Paramount is able to put the film on its own service. That’s an important mission these days as movie theaters join the endangered species list (just yesterday, it was announced that the Landmark on Pico will close at the end of the month), so as a true believer in the theatrical experience, particularly as it relates to Top Gun: Maverick, I feel the need… the need to tell you to see this movie on the biggest screen possible. It’s a feast for your eyes because it was filmed with IMAX cameras, but it’ll hit you in the heart as well, as this is one legacy sequel that hasn’t lost that lovin’ feeling one bit.