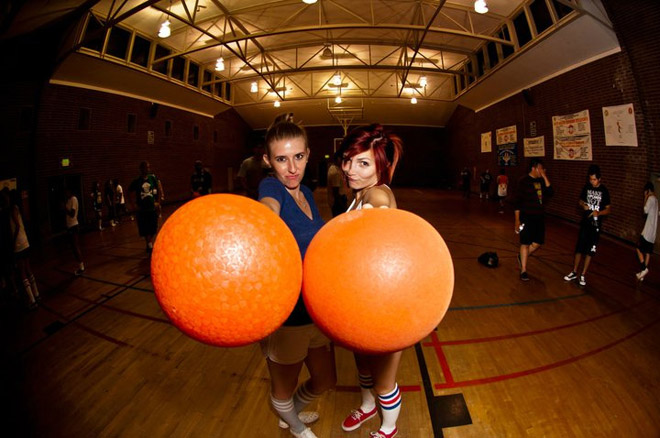 The weather warms up and there’s plenty to do on this weekend that might serve as a test-run for spring.

The weeklong celebration includes walking tours of celebrity homes, a slide show by Charles Phoenix, a vintage clothing retrospective, a vintage trailer, martinis, and all manner of events celebrating the modernist style that arose in the 1950s. (Thursday, February 14 – Sunday, February 24)

Until they self-destructed in 1997, grunge kings Soundgarden were the loudest and most powerful players on the Seattle scene. It took 13 years to reunite the band’s original lineup, but the result is as fiery as it was in the flannel years. (Friday, February 15; The Wiltern)

This one shold get you through the post-V-Day slump. Mobilize a team of 12, settle on a theme, fork over $20 (for a good cause — kids’ programming at the Eagle Rock Yacht Club), and battle it out for some sweet prizes. And that’s before the afterparty at Verdugo Bar. (Sunday, February 17; Glassell Park Recreation Center)

Head to San Pedro for a recreation of the night during WWII when nervous Angelenos thought they spotted Japanese attack planes off the coast. Was it a military maneuver? UFOs? All in their minds? You be the judge. (Saturday, February 16; Fort MacArthur Museum)

At least when the Globetrotters miss a crucial three-pointer, there’s something amusing about it — not that they ever lose. America’s basketball team brings its signature spins, twirls, and moves to the Southland. And for the first time ever, fans get to decide the rules of the game. (Saturday, February 16; Honda Center)

Running 13 miles isn’t so bad when live bands kick out jams along the route. That’s the idea behind this micro marathon, which rewards the swift with more musical moments than an iPod Shuffle. (Sunday, February 17; Pasadena)