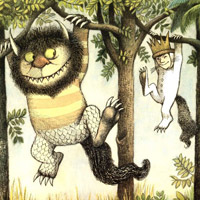 In addition to a couple great jazz performances — Vijay Iyer, Bill Frisell and Bill Morrison — the weekend is filled with tons of great music. And a few movies.

Patti Smith
Patti Smith keeps the plaudits coming with Banga, her first album since her brilliant memoir, Just Kids, came out in 2010. Expect poetic anthems, verse-chorus rockers, humor, and even pop sweetness from the godmother of punk. Friday, October 12, The Wiltern.

Gossip
Lace up the combat boots and rock out to punk band Gossip this weekend. Hailing from the deep south, Gossip is inspired by everyone from British rock band Flying Lizards to jazz singer/songwriter Nina Simone but is anchored by the raw power of Beth Ditto’s vocals. With Magic Mouth, Bonnie Montgomery and DJ Paul V. Friday, October 12, Fonda Theatre.

Aimee Mann
The low-key singer and self-described “Oscar loser” may downplay her charisma, but with her witty songs, mean right hook, and possibly a bass guitar, she lives up to the title of her latest album, Charmer. Saturday, October 13, Wilshire Ebell Theatre.