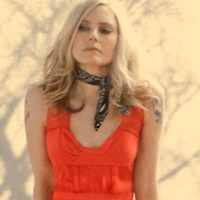 The weekend is full of adolescent angst and expiated guilt – and that’s just on stage. In addition to Mike Tyson and Judy Blume (actually, her novels) taking center stage, there’s a new musical project from Aimee Mann and a chance to scare yourself with the help of Wilford Brimley.

LISTEN: Aimee Mann and Ted Leo
Their new musical collaboration is called #BOTH, and this weekend you can get a taste of it as the duo plays two shows at Largo. (March 8-9; Largo at the Coronet)

EAT: Best of the West Chowderfest
Chowderheads of the world, unite! Whether you prefer the creamy New England style or the tomato-based Manhattan, this bivalve bacchanal is your chance to vote for your favorite iteration of the seafood stew as prepared by chefs using local ingredients. (Saturday, March 9; Aquarium of the Pacific)

WATCH: Forever: A Parody of the Novel by Judy Blume
Remember the adolescent raunch of Judy Blume’s risqué (at least for 7th graders) books? Relive “the end of innocence” with an on-stage adaptation of Forever — sure to deliver both laughs and squirms. (March 8-April 13; Actors Circle Theater)

WALK: Handcrafted Modern
As part of the Sidney D. Gamble Lecture Series, artist Leslie Williamson presents a photographic tour in Pasadena of the homes of such architectural and design heavyweights as Albert Frey, the Ackermans, and the Eameses, showing how they reconciled professional practice with their personal space. (Saturday, March 9; Neighborhood Church)

SHIVER: The Thing
Halloween is a ways off, but that’s no reason to pass up an opportunity to scare your pants off. Soak up John Carpenter’s remake of the cult classic at this midnight screening. Wilford Brimley is in it? We’re so there. (Friday, March 8; Nuart Theatre)