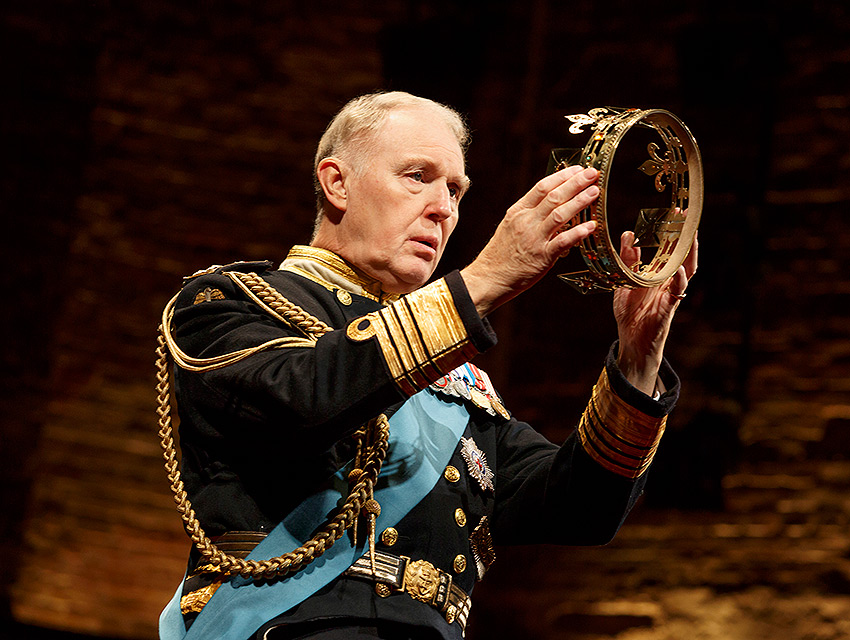 What will the monarchy in England be after Queen Elizabeth dies? How will the transition to Charles be handled? What kind of King will he be? These are only a few of the questions asked (and answered) by playwright Mike Bartlett in his Tony-nominated play, King Charles III.

Written mostly in blank verse, Bartlett sees parallels between the present-day monarchy and the stories Shakespeare wrote. “Realizing that Charles, as the man who waited, was becoming a Shakespearean archetype allowed me to dramatize what his psychology might be,” Bartlett says. “I was dramatizing him in a way that I could tell a story about fathers and sons and inheritance—about that moment in every family when the father becomes the grandfather and the son becomes the father and how that can be quite a seismic shift in the family.”

When audiences first saw King Charles III in London and then later in New York, Bartlett was pleased to find how successful the play was. “I got reassured by the laughs,” he says. “At the time, it felt like an experimental piece; when it got the laughs, it’s a popular form. Shakespeare is the ultimate proof that one can be avant-garde and popular at the same time. That’s why he’s an inspiration: beyond being a genius, he was popular.”

Considering the show premiered in London, it’s reasonable to think that someone who resides in Buckingham Palace may have bought a ticket. “They could never publically see the play,” Bartlett says of the Royal family. “We know someone from Charles’ office came to see it at the Almeida and sent a note that said something like, ‘His Highness doesn’t wear a wedding ring,’ because Tim [Pigott-Smith] had worn it on his wrong hand. The one we thought could come and enjoy it was Harry. Some of it might be tough to watch, but I certainly don’t apologize for anything in the play. It’s not out of cruelty, it’s the public life they live.”

With a production already announced for ACT in San Francisco and others soon to follow, Bartlett is excited to see how King Charles III will be interpreted. “As long as you’ve had your first production, it’s exciting to see what others will do,” he says. “You get that thing as a writer where people do different things with the play.”