Home TV Tonight: Season Two of the “The Writers’ Room” Dives into “Scandal” 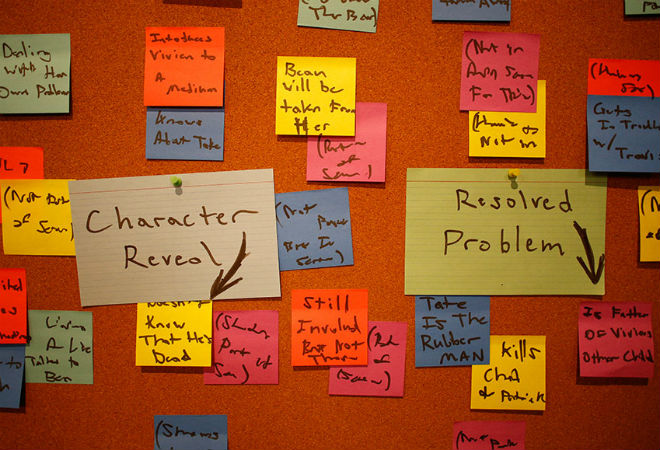 Last season The Writers’ Room opened with a behind-the-scenes talk with the writers and creators of Breaking Bad. Bryan Cranston remarked that after he first read the script, “I got my agents to move the meeting up in the week, to be one of the first… I wanted to get in there and lift my leg on the material and mark it with my scent.”

This season Oscar-winning screenwriter Jim Rash (The Descendants) returns to host the Sundance Channel show, which will feature writers from House of Cards, Scandal, The Good Wife, Sons of Anarchy, Pretty Little Liars, and The Walking Dead.

The season opens tonight at 9 p.m. with the some of cast and crew from Scandal including actress Kerry Washington, creator Shondra Rhimes, and several producers.

Rash, a writer himself and also a star on the TV show Community, is excited to be hosting again. “These are a group of people that you don’t often get to hear about. I think that fans of the show like to know where this all started and how much work they put into it and how passionate they are about the show.”

Top Hollywood Exec Ron Meyer Steps Down, Claiming He Was Extorted After Having an Affair