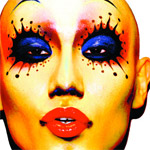 Slender and androgynous, with a swoosh of a Mohawk and kohl-rimmed eyes (matched occasionally by jet black lips), Amadeus Leopold looks equal parts pop diva and futuristic alien dandy. It’s all part of the flamboyant 25-year-old musician’s drive to shock and sway audiences. Born Hahn-bin Yoo, he was a prodigy who made his professional debut with the Seoul Philharmonic at age ten. A year later he moved to Los Angeles to study with renowned instructor Robert Lipsett at the Colburn School downtown. Nearly a decade with Itzhak Perlman at Juilliard came next.

The 8 Performances Everyone Needs to Catch During The L.A. Phil’s 99th Season