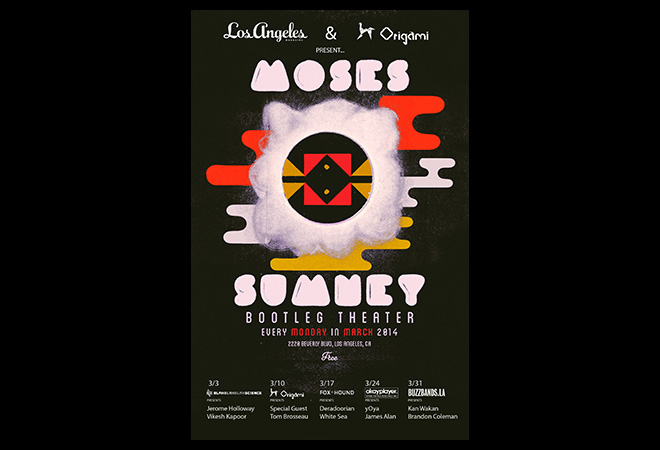 “We are proud to present” is such a stock phrase it’s hard to remember a time when it had any real meaning. But in this case, we truly are proud to co-present (along with the Fold and Origami Vinyl) Moses Sumney’s month-long residency. Tonight, and every Monday in March, he’ll be performing along with a rotating series of guests at the Bootleg Theater. (Doors at 8 p.m., show at 9 p.m.)

Sumney was a true unknown when we first heard him at Beck’s Disney Hall Song Reader concert, but he blew the crowd away. So we were thrilled when Anne Litt wanted to write about him for her inaugural Sonic Boon column.

Haven’t heard of Sumney? You will. Though he hasn’t yet released a full-length album and most of his exposure has come from self-released tracks on the internet and airplay on independent radio stations like KCRW, Sumney is poised for big things. Catch him in an intimate space while he’s on the way up because before too long we’re betting that he’ll be headlining much larger venues.