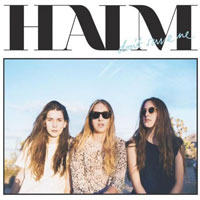 Never heard of sister act Haim? The band, comprised of sisters Alana, Este, and Danielle, has been pegged by loads of music critics and magazines as one of the hottest upcoming acts. Returning from a European tour, they’ll play a celebratory homecoming show tonight at the Troubadour.

When we caught up with them in September, the San Fernando Valley-raised trio, who grew up playing in a family band, had just closed out a run opening for Mumford & Sons and had only released a three-track EP (Forever). They just came out with a new single, “Don’t Save Me/Send Me Down,” and should have a full-length album in 2013.