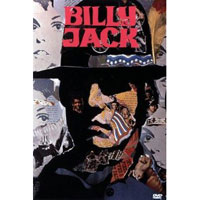 Though it falls squarely into a subgenre of post-Vietnam vigilante flicks (think Rolling Thunder) Billy Jack is one of the weirder action movies you’ll ever come across. Tom Laughling didn’t just star in it; he wrote, produced, and directed the 1971 flick about a Green Beret who strikes out against injustice.

The movie is actually a sequel to 1967’s The Born Losers, which featured Laughlin playing the same character: a half-Navajo, ex-military ass-kicker. This time around, it’s less about biker gangs and more about discrimination, social upheaval, and improving the world. And there are a few fight scenes.

Tonight at 7:30 p.m. at LACMA, actor Nick Offerman (a.k.a. Ron Swanson of Parks and Rec) will be onhand to wax effusive about the movie at a post-screening Q&A.