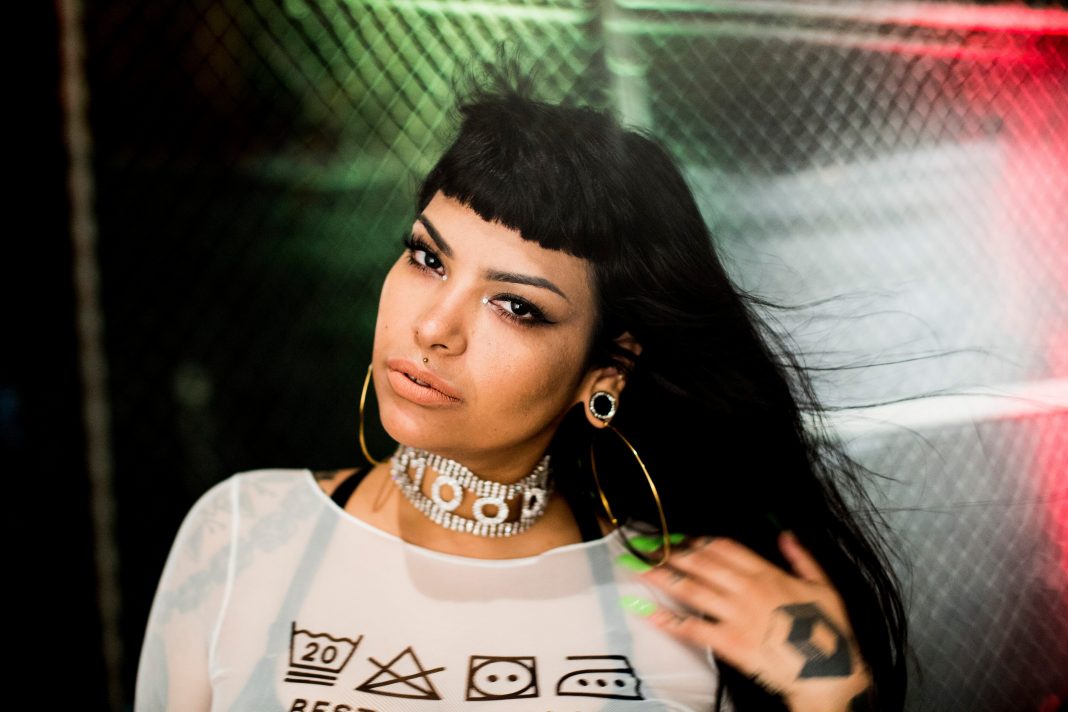 Tomasa del Real has become known as “La Reina del Neoperreo.” The Chile-bred L.A. transplant even gave the genre its name. A mashup of reggaetón and digital culture, neoperreo has, over the last few years, “moved from obscure corners of the Latin American underground to brighter spotlights in a bid for global dominance,” according to the Fader. This weekend, del Real and neoperreo make their Coachella debut.

While reggaetón has never been a huge hit in L.A., the city has started to feel a shift as more local clubs and bars host themed nights, playing music from Colombian artists like Karol G and J Balvin, to Puerto Rico’s Bad Bunny and Ozuna, and others.

Del Real believes that seeing more women in reggaetón is simply natural and “parallel to our generation, who is more accepting.”

The genre has become known for being sexually uninhibited in a specifically feminine way. According to Rolling Stone, “female-led reggaetón is moving the genre forward in unprecedented ways by reclaiming the perreo–a sexually suggestive dance that once shocked the sensibilities of Puerto Rican elites in the ’90s.”

Del Real, who just performed at Lollapalooza Chile and will be perform at Chicago’s only Latin music festival in June, takes reggaetón’s “freakiest offshoot” to the Coachella Valley on Friday, April 12 and Friday, April 19.

We caught up with Tomasa del Real via email ahead of her Coachella performance, to chat about everything from creating the neoperreo movement, where she sees the reggaetón scene in L.A. heading, and some new music in the works.

You coined the term “neoperreo” which first started as a hashtag, then a YouTube channel, then it became a party scene, and now it’s more of a movement. As “La Reina del NeoPerreo,” can you talk more about the birth of the genre?

“Neoperreo” is a term that was born out of necessity to describe the style of music that I was doing that even though it’s inspired by reggaeton, it was born elsewhere. It was born in the digital age and the internet as its country, where the connections between artists and sounds are global. Our intention is to make people perrear [party]. It’s a new way to perrear.

Where do you see the reggaeton scene moving forward, especially with neoperreo artists like yourself using L.A. as your home base, a place that doesn’t necessarily have a huge reggaetón scene?

I’m currently living in L.A. and several neoperreo artists are moving here now that we have our Neohouse, where we make music and produce projects. Being in L.A. means being closer to the industry on a larger scale and being connected to the entertainment industry.

How does it feel to bring neoperreo to the Coachella music festival?

It is a huge honor—in one part because the invitation to perform at such an important festival is an enormous opportunity for me and my career. I get to show that the music coming from the underground scene is also super important.

Last year you signed with L.A.-based label Nacional Records and then released your first album, Bellaca del Año. Do you have any new music in the works?

Yes! I’m finishing my latest album, a super danceable neoperreo that will be out soon. We’re just sorting out a few details. I have a lot of collaborations with different singers and producers…there will be many surprises.