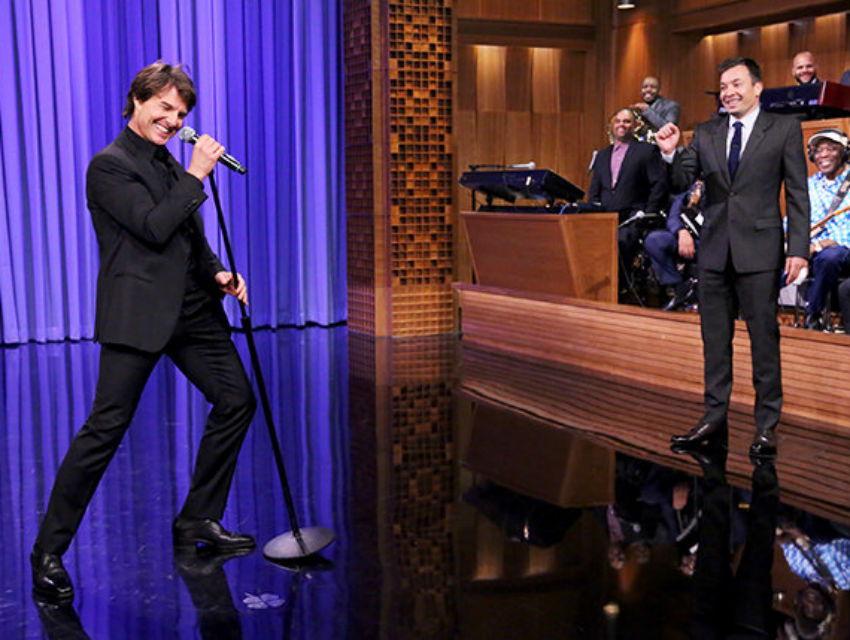 The list of celebrities who have bravely stepped up to the plate and accepted Jimmy Fallon’s lip sync battle challenge on The Tonight Show includes names like Emma Stone, Will Ferrell, and Kevin Hart, but not until last night have we found a winner. As it turns out, Tom Cruise’s well documented enthusiasm for pretty much everything is a real plus when lip-synching The Weeknd’s club thumper “Can’t Feel My Face” as well as Meatloaf’s classic “Paradise by the Dashboard Light.” To no one’s surprise, when Cruise launches into song (real or lip-synched), he means it. The real highlight of Cruise’s appearance on The Tonight Show was his duet with Jimmy Fallon, though. The pair gave a heartfelt rendition of the Righteous Brothers’ 1964 classic “You’ve Lost That Loving Feeling.”

The song experienced a renaissance moment in pop culture when, in 1986, it was reintroduced as part of the soundtrack to TopGun, which of course starred Cruise.

Check out the video below: