Home Music After Bouncing Back from Brain Surgery, TOKiMONSTA Levels Up 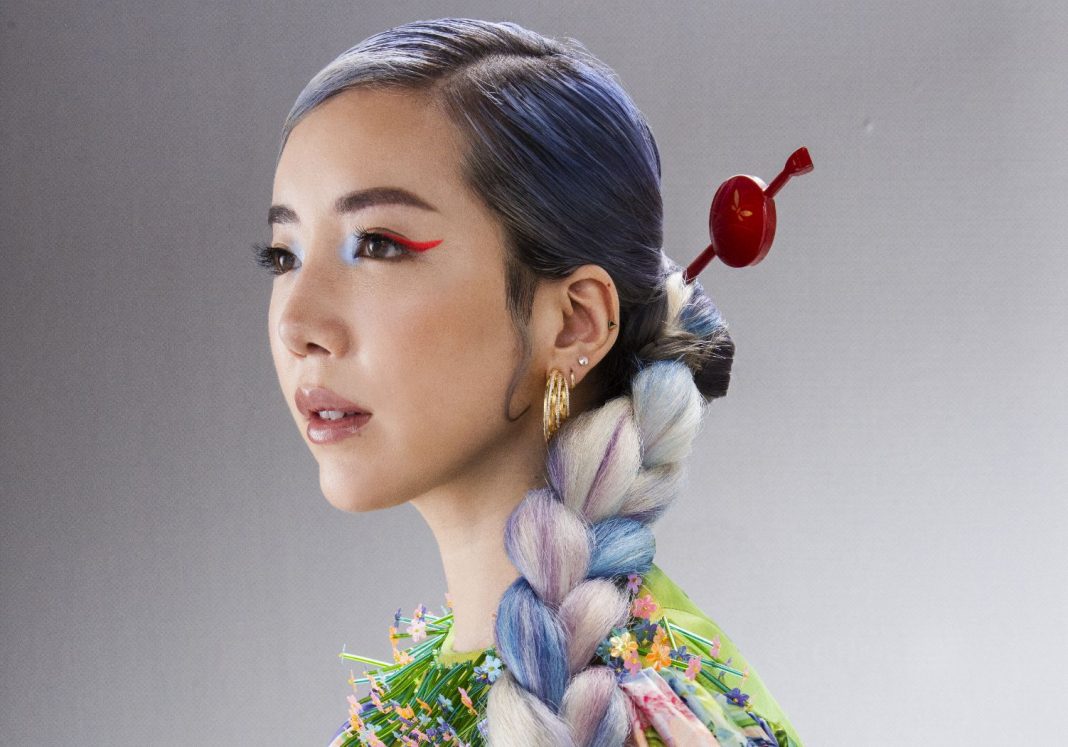 On a mild afternoon before the COVID-19 pandemic shut down most aspects of everyday life, electronic music producer TOKiMONSTA (aka Jennifer Lee) peers into the deli case at her neighborhood vegan café through a pair of thick-rimmed glasses. Even with no makeup and faded-out hair, she looks every bit as impeccably cool as she does in her Instagram feed.

Leading up to the release of her fourth studio album, Oasis Nocturno (out since March 20 on her own Young Art Records), Lee has more than one high-profile brand wanting to align itself with her. The late Karl Lagerfeld’s design house asked her to customize pieces to create a personalized collection. And Adidas chose her to be one of the recipients of its Superstar award series of shoe, made with 24-karat gold.

“It’s cool when anyone shows interest in anything I’m doing, especially if it’s outside of music,” Lee says with genuine gratitude. She uses the word “kind” when describing anyone or anything behaving nicely, which sounds old-fashioned, but also feels warm and familiar.

Lee has certainly leveled up in the fashion world, but even more so as a powerhouse artist. The marquee names featured on Oasis Nocturno include Bibi Bourelly, Dumfoundead, VanJess, Drew Love, and Earthgang.

“WOWGr8 from Earthgang said when he was in high school he used to smoke weed in his car and listen to my song ‘Darkest Dim’ on repeat. You never know where your music will land,” she says.

This era of Lee’s music is a more realized version of her style. Her debut album, Midnight Menu, was released on Flying Lotus’ Brainfeeder label a decade ago, and Lee has found herself worlds away from the underground L.A. music scenes she was once an integral part of. But her respect for her fellow producers is just as great as it was when she was first figuring things out in the studio. They, in turn, show deep reverence for her talents, her determination, her independence, and her perseverance.

Lee went through a very public reveal of her neurovascular disease moyamoya, for which she underwent multiple brain surgeries in 2016. Her recovery was frustrating and completely unknown territory. It’s been four years since she returned with a vengeance. Post surgery, her first gig was at Coachella and her album Lune Rouge was nominated for a Grammy.

She continues to speak frankly about her experience. Her appearance on Netflix’s series, Explained, is wrenching in its honesty and in its triumph. In, Underplayed, the upcoming documentary on gender inequality in the electronic dance music scene, Lee is articulate and direct about her experience clawing her way to the top and what her challenges continue to be.

“When you’re in a male-dominated industry, I feel people want to sacrifice their femininity to come off more masculine so they have more stature amongst the men,” she says. “At moments, I do think about, ‘If I wear this shirt on stage, are my boobs going to be showing?’ I’ve always had to try so hard to earn the respect of my male peers that I don’t know if I’ve been conditioned to think that way.

She continues, “I’ve come to the conclusion that you should be sexy or a tomboy or whatever you like, as long as you’re not sacrificing your identity. At this point, I feel very secure in my identity. I feel a rapport and a trust with the audience. I don’t plan for things to end up the way they do. They just do and it makes me excited for the future.”

Just as the new album was getting ready to drop, the pandemic put a pin in an lot of the live promo she had planned.

“I was meant to fly to Paris to do a shoot with Karl Lagerfeld. It got canceled. I was supposed to play the Westworld premiere at SXSW. That got canceled. And Ultra Music Festival. And Coachella,” she says, visibly disappointed. “But I’m trying to be optimistic about spending more time at home.”

She’s turned that extra time and optimism into a weekly gig with Lost Resort, hosting a Thursday afternoon stream in which she orders takeout from an L.A. restaurant, and chats and plays music with a fellow artist.

RELATED: Thundercat Tells Us Which Songs Are Keeping Him Sane These Days