Home Books A New Surveillance-Themed Anthology Has Its Eye on L.A. 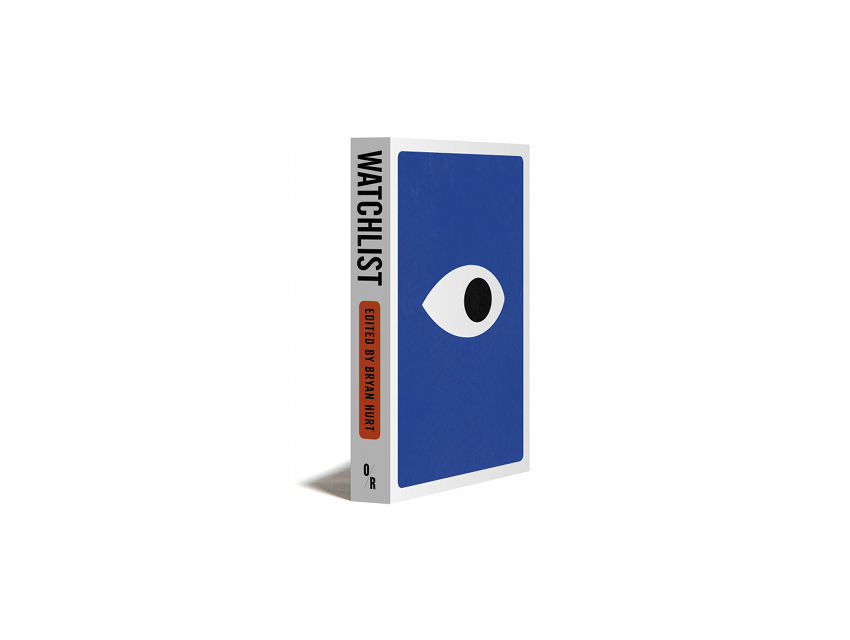 “Los Angeles, it is said, is the most photographed city in the world,” CalArts professor Thom Andersen says in his iconic 2003 documentary Los Angeles Plays Itself. “Los Angeles is where the relation between reality and representation gets muddled.” Apt for a film about how images of Los Angeles have shaped the ethics of seeing, Andersen’s words take on even deeper meaning when considered in concert with the new surveillance-themed anthology Watchlist: 32 Short Stories By Persons of Interest, out now from OR Books.

Including work by literary heavy-hitters Etgar Keret, Robert Coover, Jim Shepard, and Cory Doctorow, and a panoply of local authors including T. Coraghessan Boyle, Mark Irwin, and Charles Yu, the anthology considers the act and weight of watching and being watched—an undeniably Angeleno pastime, according to editor Bryan Hurt, who will emcee an evening of readings from Watchlist at The Last Bookstore on Tuesday, May 19, featuring among others Aimee Bender, Alexis Landau, Dana Johnson, and Sean Bernard.

“I moved to LA from the Midwest, and the change was dramatic. People here smile, look you in the eye, and say hello. In Ohio people will cross the street just so they don’t have to do that,” says Hurt, who lived here for seven years before leaving to teach fiction at Colorado College. “So much of going out in public in L.A. is about sightings—you go to Gjelina, and it’s like, who do you see? What celebrity is there? We’re trying to see who we see to determine what we know.”

In Watchlist, these see-to-know quests range from funny to terrifying. Carmen Maria Machado’s “Transcription of an Eye” takes place entirely in Judge Judy’s courtroom, while in “Sleeping Where Jean Seberg Slept,” Katherine Karlin (who, like Hurt and Landau, earned a PhD in Creative Writing and Literature from USC, the program in which Boyle, Bender, Johnson, and Irwin teach) considers the long afterlife of the French New Wave actress who died tragically young.

“Karlin’s story is set in Iowa, but it’s also very L.A.,” Hurt muses. “Jean Seberg was haunted and plagued by both surveillance and fame, which resonates in that particular L.A. way.” Karlin’s last line certainly carries an ineffably Hollywood melancholy: “Here grew a girl who wanted to leave a mark in the dirt, and for that she was eviscerated, in body or in spirit, whichever put up the least resistance.”

Hurt’s initial inspiration for the anthology was much more intimate than Hollywood or Edward Snowden, however, as he writes in his introduction: “It began with the baby monitor.” Upon the birth of their son, Hurt and his wife invested in a monitor that allowed them to use their phones to check on the baby at any time, from any place, a pragmatic parenting decision that raised a slew of philosophical questions.

“What’s the difference between observation and surveillance?” Hurt began to wonder. “Between safely and benignly observing, and surveillance—a word that holds a deeper, more sinister meaning? When it comes to Facebook, there’s a lot of pictures of my kid on Facebook, of everybody’s kids, and who knows what’s going to happen with those? The children didn’t consent to put those on there. When you use the Guess My Age app, you sign off on letting Microsoft use your pictures for whatever they want, but what does that mean? There’s a comfort in being seen, but the line gets thin really fast.”

For Hurt, whose first short story collection, Everybody Wants To Be Ambassador To France, won the prestigious Starcherone Prize for Innovative Fiction and will be published this fall by Starcherone Books, this discomfiting quandary has creative implications. “Where do we stand as writers on that line between observing and surveillance?” What is the act of writing premised on if not watching? It’s a question that continues to plague Hurt.

“I always remember the very first fiction class I ever took at Ohio State,” he recalls. “The professor have a passionate speech about how as a writer your job is to always watch, to always keep track. He gave the example that when he was rushing his wife to the hospital, a part of him was observing rather than participating—the writer part, which was recording: this is what it’s like to take your wife to the hospital to give birth to your child. And even in my protean 19-year-old mind, I remember thinking, that’s messed up.”

Alexis Landau On Finding Community, Reinvention, and Transformation in L.A.