Home Uncategorized To Kitty, From Horse: The Love Letters of Christopher Isherwood and Don... 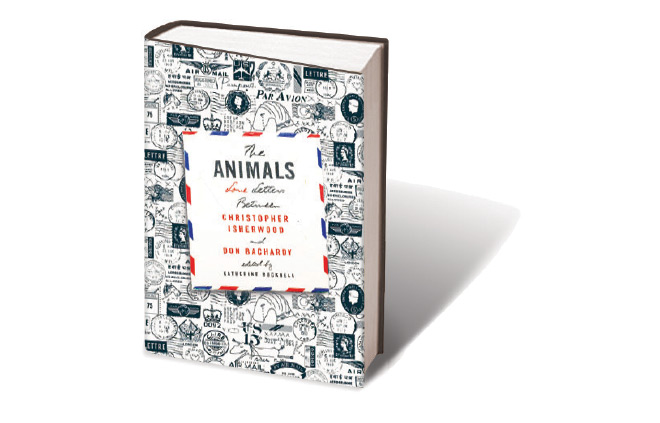 As fateful Southland beach encounters go, the 1953 chance meeting between British novelist Christopher Isherwood (A Single Man) and 18-year-old painter Don Bachardy ranks right up there with Jim Morrison running into Ray Manzarek on Venice Beach. Nearly 20 years of love letters have been collected as The Animals, so named because Bachardy and Isherwood called each other, respectively, Kitty and Horse. Their doting, bitchy, occasionally insular volleys serve as a window on their romance and a portal into midcentury L.A. Both men felt acute homesickness whenever they left their Santa Monica Canyon aerie. In New York Bachardy once wrote, “I hate this propaganda spread around by people who live here about its being the only city….It is all nothing but desperate self-hypnosis.” Nice description, Don.