Courtesy Titmouse and the artist

It takes about 29 Earth years for Saturn to orbit the sun. For astrology buffs, that results in a phenomenon known as Saturn Return, a transition period that hits in your late 20s, when the planet makes its way to the spot it inhabited upon your birth. For a group of women in the animation industry, this period of life served as the inspiration for a collection of comics. Saturn’s Return: Titlady Zine Vol. 2 is the second zine produced by animation production company Titmouse and features artists who have previously worked on projects with the studio.

Last September, Shannon Prynoski, co-owner of Titmouse, took a group of women to lunch and brought up making the zine. “We have a lot of women working at Titmouse and a lot of women don’t get the chance to express themselves,” Prynoski says. In animation, artists are often responsible for specific tasks, like prop design or background art. In that capacity, it can be difficult for them to show off the full breadth of their talent. “A comic book is a very easy way for them to show what they can do,” she adds.

Women in Animation, an organization that advocates for the advancement of women in the industry, reports that only 20 percent of creatives in animation are women; and just 10 percent of producers and directors are women. Meanwhile, as their site notes, women make up 60 percent of animation students. The organization’s goal is to achieve a 50/50 gender split by 2025. Prynoski has been aiming to do this at Titmouse as well. “Definitely a lot more women are pitching,” she says. ” A lot more networks are hearing women.” She adds that Titmouse has been asked to pitch more shows created by women, although they haven’t landed one yet. 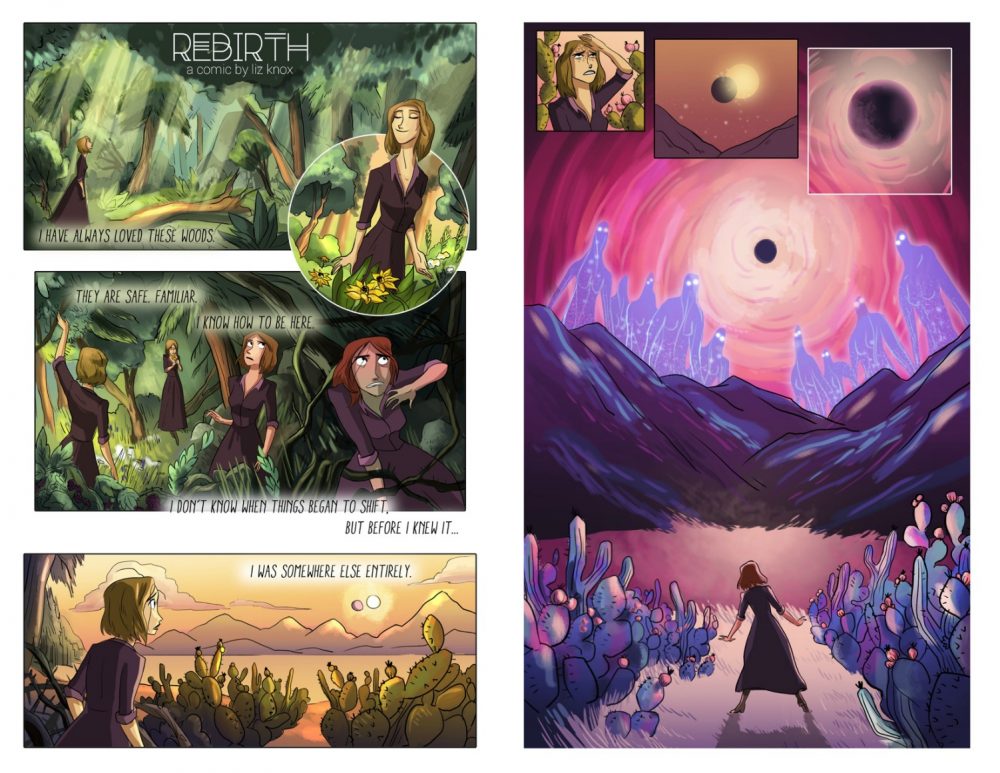 Melissa Levengood, an animation artist who current works as a prop designer on the Netflix series Big Mouth says, “I dealt with a lot of waiting for permission to do things and waiting to get called upon to do things.” For Saturn’s Return, she took the lead.

The theme, Levengood says, resulted from the team’s reflections upon the end of 2017, including political turmoil and cultural shifts like #MeToo. The artists are also big on ’90s nostalgia, including movies like The Craft and the manga/anime series Sailor Moon. “We were in that ether and decided from there that we should just focus on a time in our lives when we have a reckoning and try to create stories surrounding that,” Levengood says.

Prynoski says that she related to the theme too: “When I was basically 29, I got married and changed my career and got into animation, so I felt it was such a great title and theme for the comic book.”

Thirteen artists contributed to the zine, and their work primarily tackles the issues people confront during periods of change through stories that range from fantasy to slice-of-life. Levengood’s own contribution takes what she learned in her late 20s and turns it into a spoof of Sailor Moon. 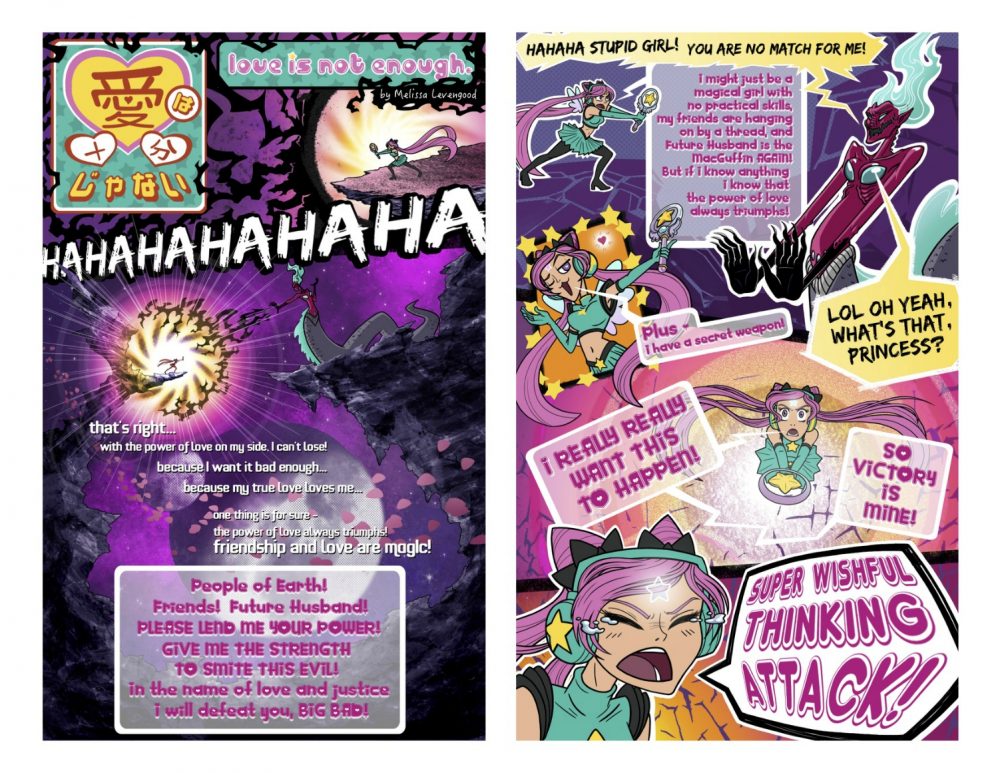 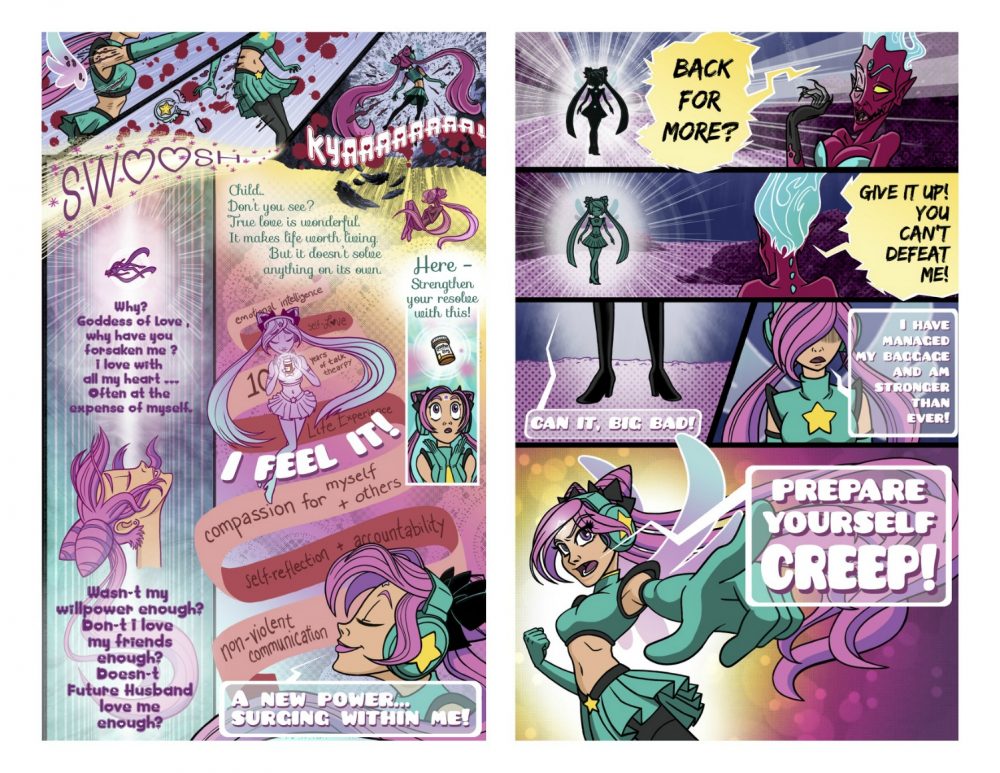 Both Prynoski and Levengood believe that mentorship is important in helping advance women in animation, and that was part of this project too. Prynoski helped finance and edit the comic, and she and Levengood arranged to have a few comics and animation writers meet with the artists during the course of the project.

“I’m so proud of everyone,” says Prynoski of the Saturn’s Return crew. “This is a bunch of awesome women who can make good stories, cool characters and background. They can do everything.”

There’s also a sense of camaraderie that came out of the endeavor. “I think we were basically all craving to have a sisterhood of us,” Levengood says. “I feel like we have almost a better community now and I love that.”

This New L.A. Book and Zine Fair Is Queer, Witchy, and Local

When Disney Was a Mid-Century Modern Icon