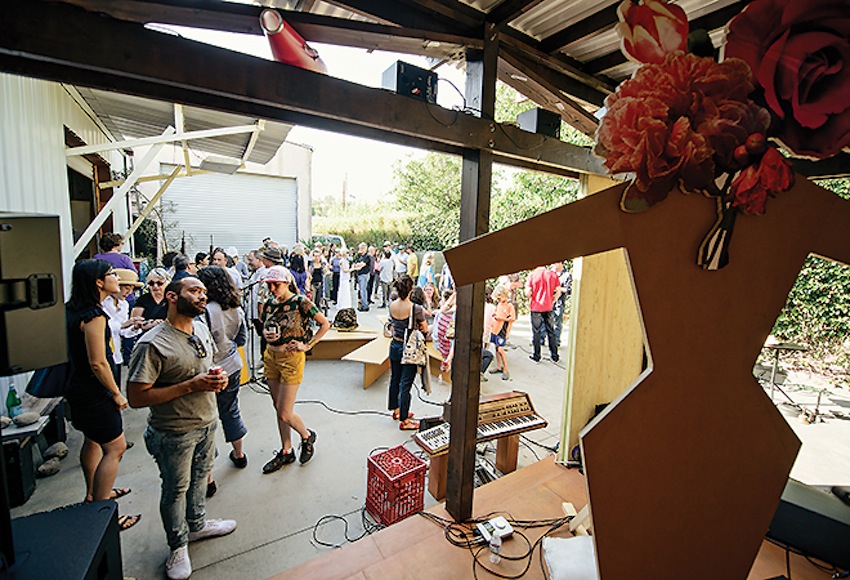 The Los Angeles Museum of Art is proving to be the little museum that could. Founded by local sculptor Alice Könitz in 2012, the tiny museum has won a major prize: the 2014 Made in L.A. Mohn Award, which comes with a $100,000 payout.

“The first thing I’m gonna do: find a new studio with an outside area for the museum. I’ll probably spend the rest on making art,” Könitz said when we caught up with her after the Hammer Museum announced the prize on Tuesday. She’s had to look for new digs to house LAMOA, which was based outside of her Eagle Rock studio until recently, when the building was sold. Along with two other artist-run spaces we featured LAMOA in the August issue of Los Angeles.

New location aside, the current incarnation of LAMOA as a 9-by-12 1/2-foot structure will remain the same. Its mobility and size have created interesting curatorial possibilities for Könitz. “I could imagine showing LAMOA at different institutions, like the residency that it’s doing now at the Armory Center or possibly building a few more display systems with curated shows like the ones at the Hammer Museum.”

Place and meaning have been throughlines in Könitz’s body of work. For a piece she created for the 2008 Whitney Biennial, Könitz “raffled” off a strip of the 2 Freeway, turning a nondescript piece of concrete into a vacation destination and giving new meaning to an otherwise forgettable space. LAMOA follows in that spirit.

Könitz wanted to support artists who she thought deserved an audience but weren’t being shown widely in L.A. The most direct way to help, she decided, was to build her own exhibition space. That DIY ethos won over the three-person jury at the Hammer Museum’s Made in L.A. biennial.

A statement from the jury, which was made up of curators from around country, explained the rationale: “Könitz’s Los Angeles Museum of Art stands out as an exemplar of an artistic practice that not only affects other artists through collaboration but enriches the art community through questioning the purpose and role of a museum.”