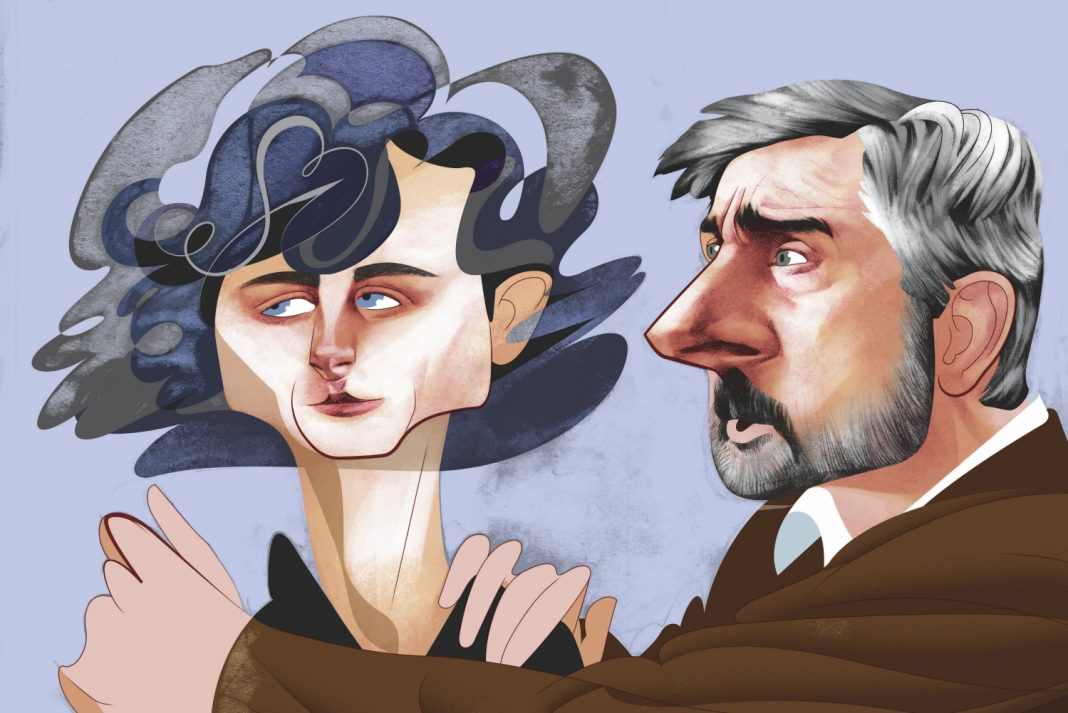 Beautiful Boy opens with a night in my life, and yours, too, if you’ve been a parent. It’s the wee hours of the morning and a distraught father is calling the local hospitals to see if anybody has been brought in, dead or alive, who resembles his teenage son. In my night, and probably yours, the upshot was a kid who hadn’t called and had forgotten to charge his cell, or the usual garden-variety cluelessness that goes with being a teenager. This night, however, is the beginning of something worse—a crystal-meth addiction for which the longterm survival rate is in the single digits.

Directed by Belgian filmmaker Felix Van Groeningen and based on a true story, Beautiful Boy is a gut-kicker of a movie, well done and worthy, which doesn’t make it less difficult to watch. I offer a shell-shocked recommendation and also completely understand if you want to take a pass. But if you care about movies in general and where they’re headed and who’s going to take them there, an unassailable reason to see Beautiful Boy is named Timothée Chalamet. The single most formidable film actor to emerge since Jennifer Lawrence almost a decade ago, he’s someone we’ll be watching decades from now.

This is the point in the column where the columnist scurries back from his precipice of outlandish claims by hedging his bets. But I’m fine on this particular precipice, thanks, because audiences have seen this star-is-born moment before, whether it was 25-year-old Montgomery Clift driving a herd of cattle in Red River or 26-year-old Marlon Brando howling at the bottom of the stairs in A Streetcar Named Desire or 28-year-old Peter O’Toole casting his glacial blue eyes over the brown sands of Lawrence of Arabia or 31-year-old Al Pacino seated in his gangster father’s study and crossing into a corruption of no return in The Godfather. Chalamet is 22. Of course he’s not going to be Clift or Brando or O’Toole or Pacino, or for that matter Penn or DiCaprio or Day-Lewis or Denzel Washington, who had similar breakthroughs. He will be Chalamet, however, and unless he suddenly decides to go into real estate like his mom (a former dancer) or becomes intrigued by the prospect of shoe-cobbling (like Daniel Day-Lewis), someday we’ll be comparing other young actors to him.

Most impressive about his junkie performance in Beautiful Boy is how it avoids all the Jekyll-Hyde junkie performance clichés, both physical and psychological. A talented aspiring young artist named Nic, the junkie that Chalamet becomes doesn’t swallow up the Nic who isn’t a junkie; rather the two occupy not just the same body but the same psychic self.

Such arrivals as Chalamet’s are never as out of the blue as they seem. In 1972 a handful watching The Godfather in the theater might have remembered Pacino from the year before, brilliantly playing a junkie, as it happened, in a small movie called The Panic in Needle Park. Before taking everyone by storm in Streetcar, Brando had moved whatever scarce audience saw him as a paraplegic veteran in a failed picture called The Men. Nobody was especially surprised by Leonardo DiCaprio’s tour de force in What’s Eating Gilbert Grape if by chance they caught him stealing the little-seen This Boy’s Life from Robert De Niro (who had chosen DiCaprio for the role). Before Lawrence blew people away as the still-waters-run-deep hillbilly girl on a quest to find her father in Winter’s Bone, she had appeared in no less than five movies and nearly three dozen television episodes, not one of which I’ve heard of but which may have prepared a few viewers for what would explode into the most important acting career of the 2010s.

These star-is-born moments usually aren’t moments at all. They’re slogs composed of equal parts destiny, synchronicity, and the good luck that comes from the hard work of creating your own luck, working as well and as frequently as possible until you’re in the right place at the right time.

More often a star isn’t born suddenly but slowly from an impact that’s cumulative rather than immediate, startling us only in retrospect. Perhaps somebody watching the teen drama Dawson’s Creek 20 years ago was prescient enough to identify Michelle Williams as one of the greatest actresses of her generation; I can’t honestly say it was me. On the other hand, sometimes you catch early telltale signs that others miss: Although his stardom seemed to come into focus only gradually after he started as a Disney Mouseketeer, an absolutely ferocious young Ryan Gosling as a Jewish Nazi in 2001’s The Believer was the subject of one of the first raves I wrote for this magazine, a full decade before he became the new Steve McQueen in Drive.

In fact Chalamet’s moment has been under way for at least a year now. Last fall he was the intellectual rebel that Saoirse Ronan pined for in Lady Bird, and, more important, the expatriated innocent that Armie Hammer pined for in Call Me by Your Name, a routine coming-of-age love story about which almost everything except Chalamet was overpraised. His last few minutes of blank devastation as the credits rolled raised the picture to another level, with a whole other movie unspooling in Chalamet’s desolate closeup. Carnal interactions of the peachish persuasion aside (or was it an apricot?), the performance made the Hell’s Kitchen kid with the French name the youngest man nominated for a Best Actor Oscar in nearly 80 years while also igniting Chalamania among female audience members of the talk-show circuit and, for all I know, male audience members more circumspect in their admiration.

Beautiful Boy is as much about the tormented father, played expertly by Steve Carell, whose escalating anguish is rendered in shadings of anger, grief, grace, resignation, and all the ways fathers and their sons con one another and themselves just to get through one more day. As the eponymous beautiful boy, Chalamet isn’t quite as dominant as Carell in terms of screen time yet makes up for it with every frame he’s in, evoking—often without seeming to do much—the secret lives that children lead as they careen through their most dangerous seasons toward either walking wounded adulthood or crash-and-burn casualty. Nic can barely acknowledge the war between his two selves before it’s too late, with that conflict fought across a battle line so tenuous as to not be there until suddenly it’s the wall that forever barricades one self of from the other.

The last scenes of Beautiful Boy dare to leave open possibilities of redemption, and if that’s giving something away, I do so on purpose. While watching this picture, you may need the reassurance that there’s hope in the end when you recognize those wee-hour phone calls to the void in which resides what a father most fears.