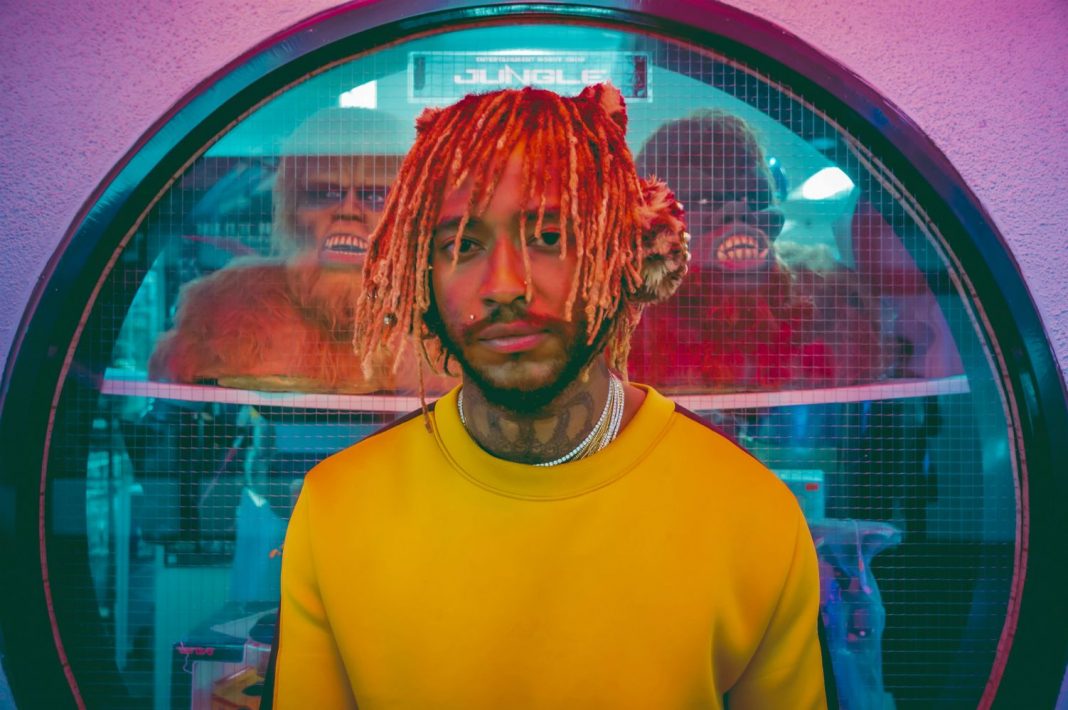 One night in early September 2018, Stephen “Thundercat” Bruner was happily chatting to his close friend Mac Miller. The two had been tight for years, with Bruner contributing bass to every one of the L.A. rapper, singer, and songwriter’s albums. On this occasion, the duo excitedly discussed Miller’s upcoming tour, on which Bruner was slated to open.

After they were done for the night, they exchanged brotherly “I love yous” and went to sleep. When Bruner woke up the next day, his phone was lit up with messages and calls telling him that Miller had passed away. Two months later, the Los Angeles Coroner’s office reported that he’d died of an accidental overdose of fentanyl, cocaine, and alcohol.

When Bruner takes time out of his very open coronavirus lockdown schedule to chat with Los Angeles, he’s funny and genial, but once talk turns to Miller, it’s clear his friend’s death still haunts him. “It’s difficult for me to process to some degree,” he admits. “Every once in a while, someone will say they learned of my music through Mac. I see the murals and tributes there are all over town. He’s definitely part of the subconscious in L.A.”

The tragedy has informed the overall philosophy of It Is What It Is, Bruner’s fourth album as Thundercat, which drops today. “It’s about love, loss, life, and the ups and downs that come with that,” he summates neatly. At the center is “Fair Game,” a tender, melancholic tribute to Miller, and a highlight of the 15-track project’s spectacular fusion of jazz, psychedelic soul, R&B, and punk.

Before Coronavirus put the world on hold, Bruner debuted several songs at the Wiltern in front of a hometown audience that included Oscar-winner Brad Pitt. It turns out the two have been cordial since meeting last year. “Brad didn’t know that I was Thundercat at first but he’d been listening to my music for a while,” says Bruner. “I told him my song ‘Seven’ [from 2013’s Apocalypse] was named after the movie he was in. He knew the song but he hadn’t made the connection. He tripped out on that for a second!”

It Is What It Is is undoubtedly Bruner’s best work to date. But the 35-year-old’s solo career—which began with his 2011 debut The Golden Age of Apocalypse—is just the tip of the iceberg. Having collaborated with everyone from Kendrick Lamar, Travis Scott, Kamasi Washington, and Janelle Monae, his musical DNA and world-beating bass work runs through an astonishing amount of cutting-edge music from the early 21st century.

During his upbringing in Compton, Bruner was steeped in music. His father, Ronald, was a drummer for the likes of the Temptations, Gladys Knight, and the Supremes. In 2003, Bruner joined legendary L.A. punks Suicidal Tendencies (for whom Bruner’s older brother, Ronald Bruner Jr., was playing drums). For the then-teenage Bruner, it was a crash course in life on the road. “The first time I ever got into a bar fight was when we were on tour somewhere in Eastern Europe and I guess some of the locals didn’t take kindly to us,” he recalls. “It just turned into a scene like a Burt Reynolds movie. At one point I had a chair in my hands, and someone threw a bike through a window. We all ran thinking the cops would come and arrest everyone, but then we realized we’d left some friends at the bar. We went back, and everyone is still there sitting, getting drunk. Like it never happened!”

Bruner also had stints playing with Snoop Dogg, Erykah Badu, and became friendly with L.A.-based electronic musician/producer Flying Lotus (aka FlyLo, aka, Steven Ellison) who eventually coaxed Bruner to try singing and release his own work. FlyLo would later act as producer for Thundercat’s 2013 album Apocalypse, 2017’s Drunk, and again for the his latest output.

Among his most impactful collaborations was his work on Kendrick Lamar’s To Pimp a Butterfly. His fellow Comptonite’s jazz-infused 2015 album featured Thundercat’s imprint across several tracks, including “These Walls,” which earned a Grammy for Best Rap/Sung Performance in 2016. The album was also front and center on countless best-of-the-decade lists at the end of last year. “I knew when we recording that album that something was happening, that it would be bigger than the music,” he recalls of the sessions. “Because of the way Kendrick was starting to using his voice at such a crucial time in American history, it’s kind of stuck to the ribs of culture.”

The full scale of Bruner’s collaborations and discography is remarkable, and yet his main muse continues to be his cat, Turbo Tron Over 9000 Baby Jesus Sally. Or just Tron if you’re feeling familiar. She’s the subject of several of Thundercat songs including “Tron Song” and “A Fan’s Mail (Tron Song Suite II),” and Bruner is more than happy to report their bond has gotten stronger through the early days of Coronavirus quarantine.

“I’m kissing her on the mouth more often,” he says, deadpan. “She can’t push me away because she doesn’t have thumbs.”

RELATED: Things to Do (Inside) in L.A. This Weekend