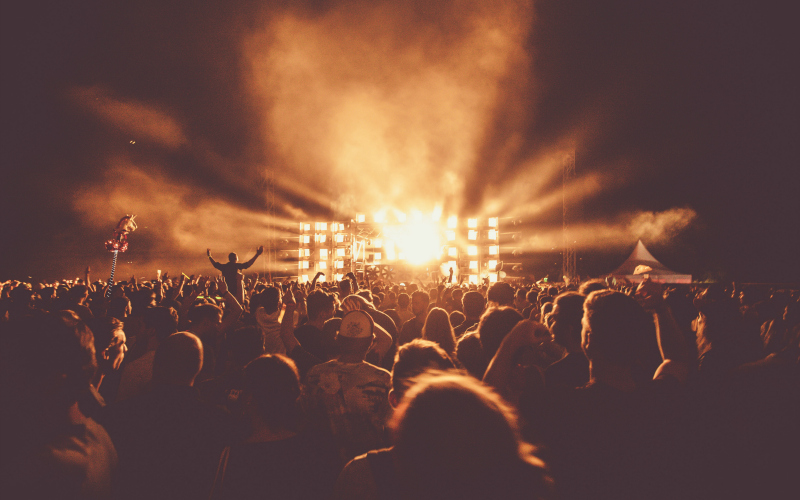 Since it debuted in 2004, FYF Fest has been a major player in the Los Angeles music scene. Then, in November 2017, multiple women came forward and accused founder Sean Carlson of sexual misconduct, and festival promotion behemoth Goldenvoice severed ties with Carlson. The future of the FYF franchise has since been uncertain—until now. Several sources have confirmed that FYF will live on, without its founder.

Under Carlson’s leadership, FYF—formerly Fuck Yeah Fest—went from hosting scrappy DIY concerts to partnering with Goldenvoice, the same company that stages Coachella, to put on the largest annual music festival within the city of L.A., and running a year-round schedule of concerts presented at multiple venues under the moniker FYF Presents.

Almost immediately after the accusations against Carlson came to light, Goldenvoice announced the termination of its relationship with the fest’s founder, but gave no official statement about what that would mean for the FYF brands. In addition to the 2018 summer festival, the existence of which was suddenly in doubt, there were also a group of concerts already booked for the winter season under the FYF name. Carlson had started FYF when he was just 18 and had spent over a decade as a highly visible and hands-on founder. Could the brand even exist without him?

While the FYF Presents-branded concerts continued to take place in December and January, they seemed to be running almost on autopilot, with little marketing and no new show announcements. The company’s social media accounts largely went dark. During a time period when, in previous years, announcements relating to the festival would begin trickling out, this year there was conspicuous silence.

Then, in mid-February, a movement started. A group of three former FYF staffers, Emily Twombly, Dave Peterson, and Dave Pianka, came forward as a new company, This Is Who We Are Now. That business took over the concerts booked as FYF Presents, and began announcing new events. A new website went up, featuring shows by Ben UFO and Daniel Avery (both former FYF Fest performers), as well as a group of new concerts, several of which would be presented in collaboration with Goldenvoice as Coachella off-dates, indicating an on-going relationship between the companies.

Twombly, who previously ran Origami Vinyl in Echo Park in addition to performing as a DJ, says taking over the concert business happened naturally for the trio. “Once we decided to create the new venture, the trickiest thing was figuring out what to call ourselves,” Twombly says. “Everything else, like our relationships with the venues and the artists’ agents, was already in position.”

That left open the future of FYF Fest itself, but there will be a festival in 2018. Goldenvoice and AEG have confirmed that they quietly worked over the recent months to buy out Carlson’s 50 percent share of the FYF Fest business and bring it entirely in-house at Goldenvoice. While exact dates and headliners are still under wraps, plans are said to be well underway for a 2018 festival. Typically the festival occurs in July, with lineup announcements made around March.

We also know that lineup will be under the stewardship of Jennifer Yacoubian, who has been with Goldenvoice since 2009. She currently oversees the musicians that perform at the Shrine Auditorium and the company’s dance-oriented Palm Springs Splash House events. With that, Goldenvoice has made another move to put female talent buyers in charge of curating some of the largest and most influential music festivals in the U.S.; Yacoubian joins Stacy Vee, who has been leading the artist selections for Goldenvoice/AEG festivals including Stagecoach, Arroyo Seco, Hangout Fest in Alabama, and Panorama in New York, since 2015. Historically, talent buying, particularly for large festivals, had been considered a particularly male-dominated facet of the music industry, and the under-representation of female artists on festival lineups inspired 45 global festivals to announce a gender-parity booking pledge just earlier this week.

RELATED: The 2018 Coachella Lineup is Here