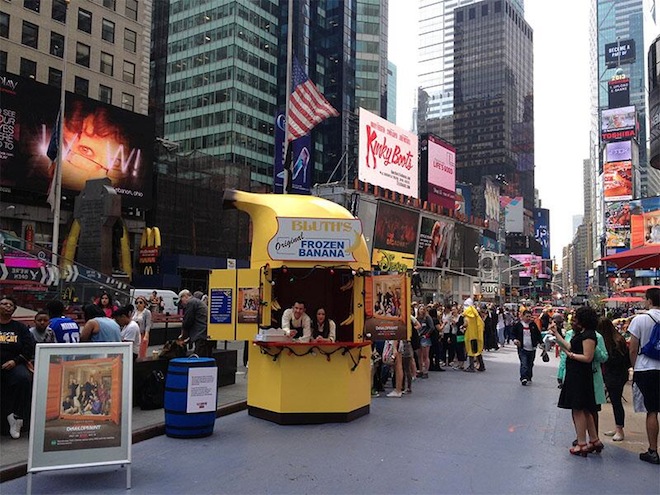 There’s always money in the banana stand, but The Banana Stand is not always in Culver City, giving away free frozen bananas on an 80° day. For the past couple of weeks, the iconic banana stand from the television show Arrested Development has been touring the world to promote the rerelease of the show. Per Twitter, Bluth’s Original Banana Stand will be giving away free frozen bananas today next to Trader Joe’s in Culver City from noon until 7 p.m.

Arrested Development, which has been brought back for a fourth and final season on Netflix, is set to premiere next Sunday, May 26.

UPDATE: Bluth’s Banana Stand Pops-up on Tuesday May 21 at The Grove from 11am-7pm

Visit the banana stand as it hits The Grove tomorrow from 11am-7pm. You’re adults; you’re allowed to have fun whenever you want.