It’s been 19 months since The Spare Room shuttered its doors for the pandemic—a long holdout even for the most cautious of establishments. But now, the Hollywood institution is gearing up for a reopening Thursday that includes a new menu, designer bowling shoes, and a return of that competitive spirit.

The past 19 months weren’t completely silent for The Spare Room’s team. During their closure, they achieved two major milestones: first, they marked their 10-year anniversary (a century by nightlife standards); and second, they won Best American Hotel Bar at Tales of the Cocktail (if you had any doubt whether a ten-year-old bar is still relevant).

“To have these milestones go unseen or unheard has been difficult, but I think we’re gonna take the opportunity in reopening to hoist those things back up and celebrate our small accomplishments,” co-owner Med Abrous told Los Angeles.

“What we did was deliver the ethos of The Spare Room—rather than bowling lanes we had bocce courts, rather than games for people to share we had personal game booklets for people to share,” begins Rose. But after four months, “we felt like okay, this vacation is done. We really need to get back into our space—into our physical space,” he continues. “We missed it tremendously.”

On Thursday, November 4, that wait is over. The reopening will bring some changes behind the scenes at The Spare Room that include a new beverage director in Tess Anne Sawyer, who replaces former director Yael Vengroff. Following Vengroff’s departure, Abrous and Rose were “looking for someone who’s exciting, who’s smart, who’s interesting, and who’s a risk taker” said Rose.

They were introduced to Sawyer through some friends, and then went through a seven-round interview process with her. “We did that before we even tasted drinks,” Rose continues. “It was so we knew this was a person we wanted to be around a lot, and to make sure she wanted to be around us a lot.”

Sawyer joins the team with an impressive resume herself having spent years working bars in Toronto (Mahjong Bar, Pretty Ugly), New York City (Mother’s Ruin, The Up & Up), and winning the national Speed Rack championship. With her new menu, Sawyer will serve up drinks that play with traditional recipes like a mezcal Dunhill (called Green For Danger) and a tequila Penicillin with a woodsy douglas fir note (called the Thunderclap). Imbibers will also find drinks that add Korean flavors (a nod to Sawyer’s heritage) like sake and sesame oil to a Gimlet, or soju and kimchi brine to a Martini.

Beyond the new menu, The Spare Room is sprucing up the bowling experience with custom shoes from designer George Esquivel. “We think ready people are ready to compete with each other,” says Rose. “That’s the great thing about The Spare Room. People are sometimes sore losers, but they love to compete with one another, and we’re hoping we can invigorate that sense of competition and camaraderie once again.”

The Spare Room is located at the Hollywood Roosevelt Hotel, 7000 Hollywood Blvd, in Hollywood. Open 8pm to 2am. 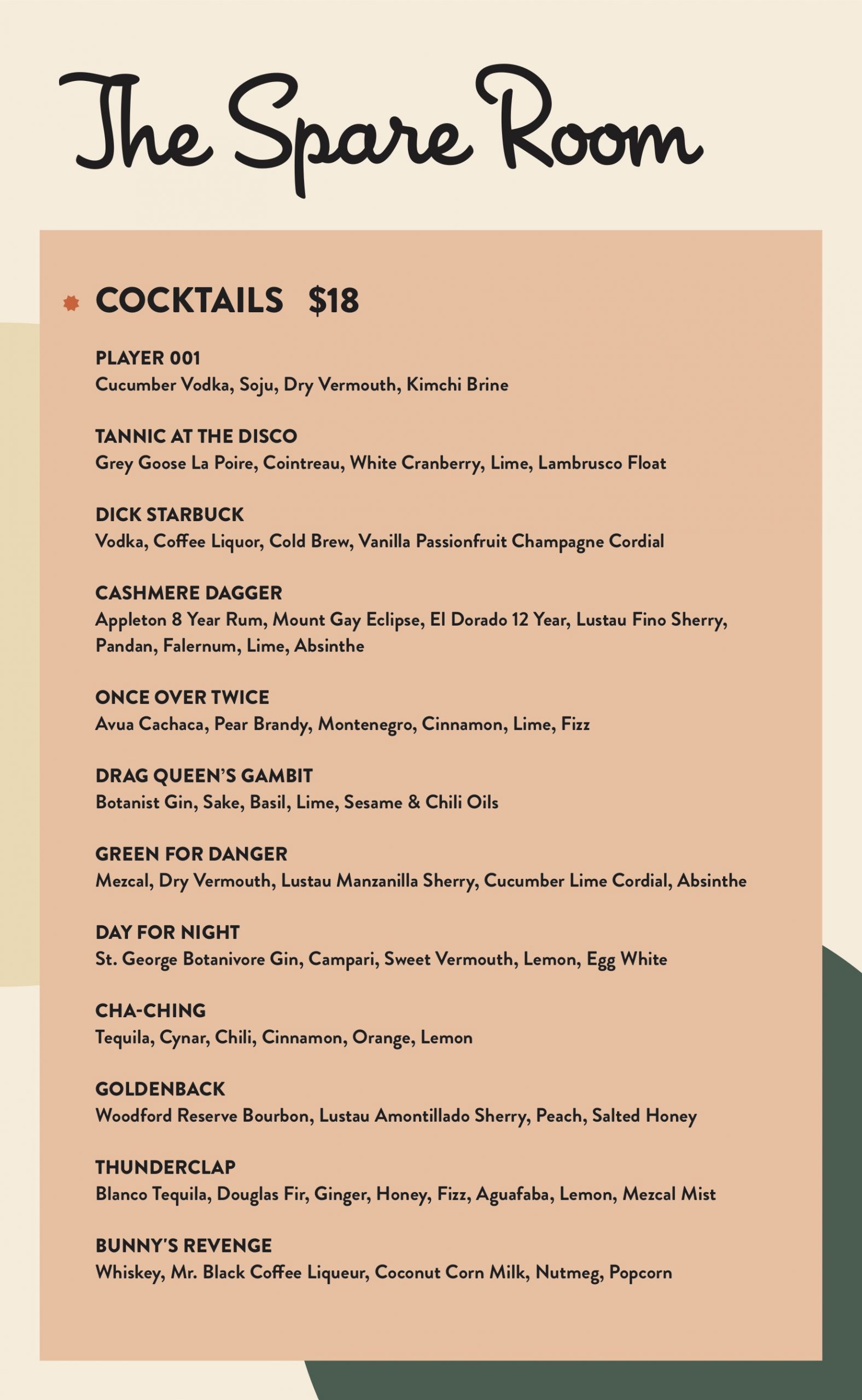 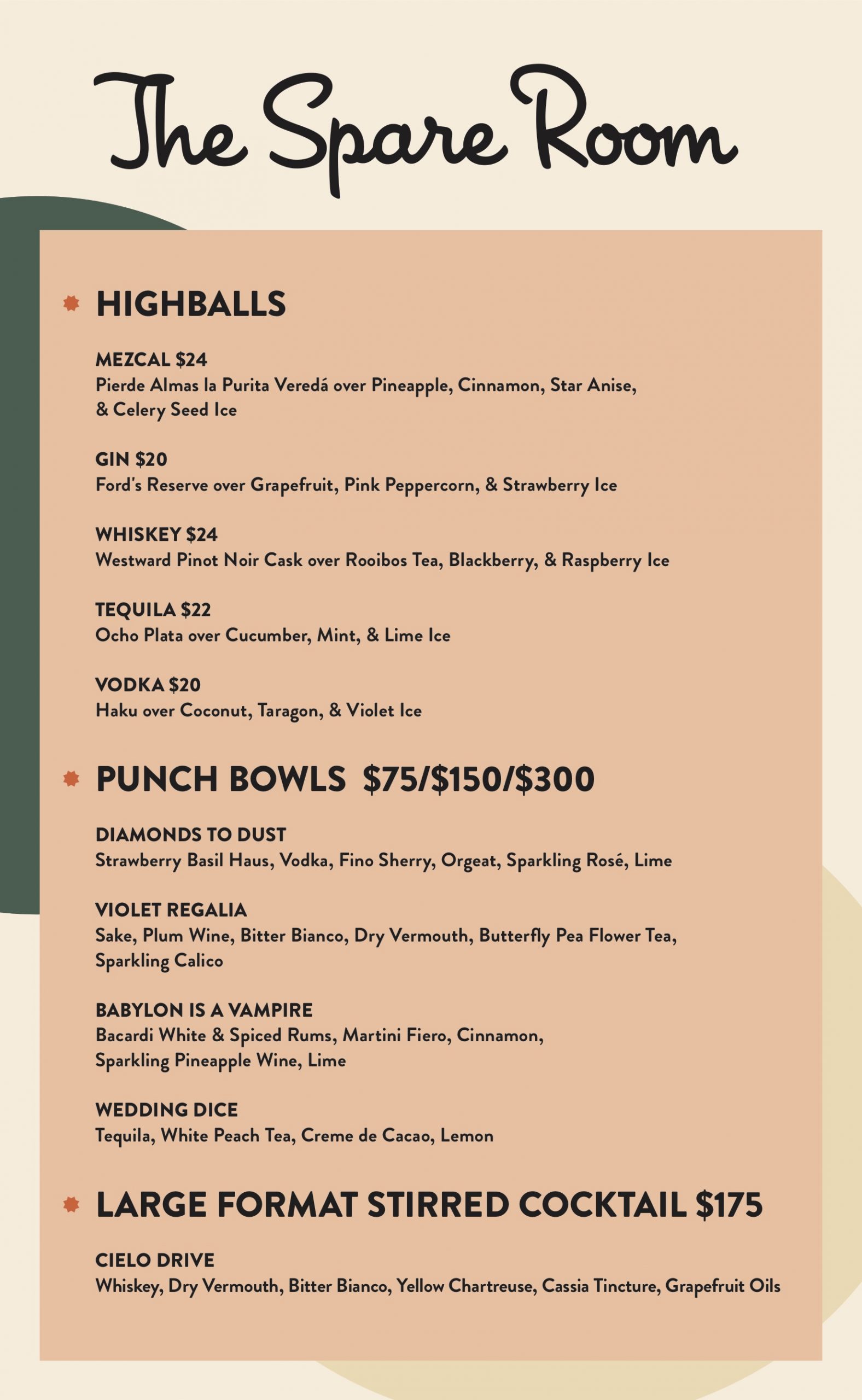 Spooky, Sexy Accessories You Can Wear Before and After Halloween

The Tiki Trend Is All Grown Up