Home Politics Donald Trump Gave The Most Alarming Answer In The History Of Presidential... 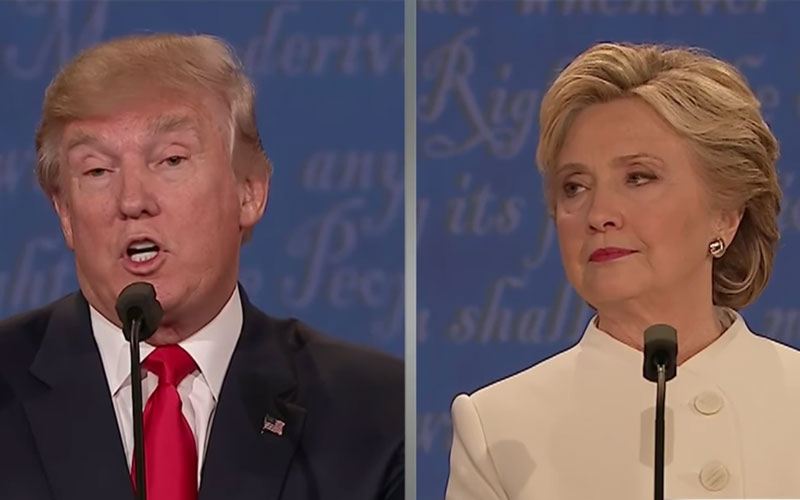 Donald Trump – GOP nominee, popularizer of the word “bigly” – handed a gift to undecided voters at the third debate Wednesday night in Las Vegas with his answer on whether he’d accept the outcome of the election. While indie voters may reasonably disagree with Hillary Clinton on issues such as taxes, trade and foreign policy, most of them tend to like our 240-year tradition of peacefully transitioning the awesome powers of the executive branch from one president to the next. Trump is not so much into it.

Chris Wallace – who was excellent all night as moderator – asked:

Trump responded with what will go down as one of the low points in the history of presidential debates:

To question the legitimacy of the results of an election that has yet to occur without any proof – Trump has offered none – is disgraceful and potentially dangerous. In lieu of proof he alluded to the “corrupt media,” “voter rolls” and then this, which maybe not everyone caught, because all of our ears were bleeding:

Trump left the door open to dispute the results of the election based not on voting fraud, but on Clinton’s very participation in it. So no matter what, come November 8, Trump may not concede. He also guaranteed we’ll all be paying more attention to him than Clinton on election night, which, in the best-case scenario is the reason he made these comments. To guarantee that last bright flash of attention.

Clinton, as she has time and again throughout all three debates, had the perfect response that America needed to hear so that even if we don’t like her at all – and many of us don’t – at least we know we won’t have a disturbed orange-colored reality TV show host calling the shots, and in 2016 that sadly counts for something. Watch the whole thing. Then remind yourself you live in America.

Undecided voters now know that on one hand we have a candidate who at least pays lip service to our finest democratic traditions. Hell, she might actually believe in them. On the other hand, we have a guy willing to petulantly subvert democracy by repeating his “rigged” shtick, which in reality is just a defense mechanism he employs to avoid being called a loser, and for that he will now lose bigly.