Home Books Think Like a Freak (or at Least a Freakonomicist) 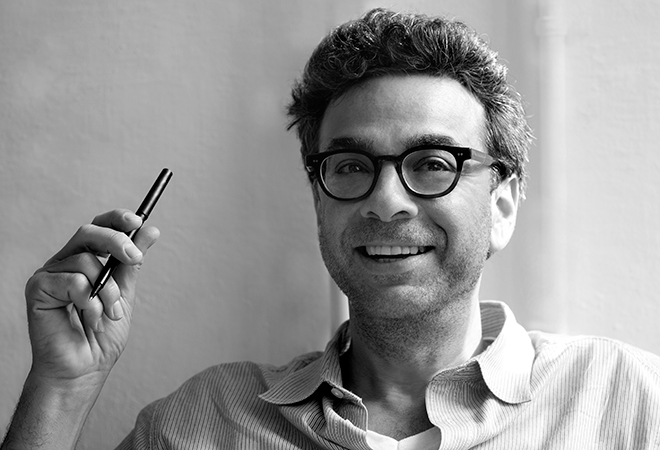 When the economist Steven Levitt joined up with Stephen Dubner to write a book in 2009 about the effect of unusual baby names and the unexpected benefits of Roe v. Wade, they had no idea that they would end up selling more than 7 million books. Their first two books, Freakonomics and Superfreakonomics, were super freaky hits, and now the duo has a new book, Think Like a Freak (out May 12), that aims to teach us how to retrain our brains.

A slight detour from their first two books, Think Like a Freak is a quasi-self-help book about that most overused bit of jargon “thinking outside the box.” In a tone reminiscent of Malcolm Gladwell they tell stories of people who have thought differently to get ahead. Like a 130-pound hot dog eating champion from Japan and a doctor who discovered the squiggly bacteria that causes ulcers. The book also offers readers some tips for problem-solving: asking the right questions, thinking small, and thinking like a child.

Tonight, Dubner and Levitt will discuss their new book at All Saints Church in Beverly Hills and on Thursday they’ll do a book signing and a Q&A at Gensler on Figueroa. We caught up with Dubner, who talked about his writing process, why humans may be our least favorite animal, and the freakonomics of golf.

This book is a little bit different than your last two in that it’s more about teaching people how to think. What was your motivation for writing this?
After the first two books we would just get all these emails from people with questions or problems about how to fix things or do better. It was very inspiring but we couldn’t solve most of the problems. They were too hard or we weren’t the right people to do it. So we thought, instead of trying to write a book about solving problems, what if we wrote a book so that anybody that wants to think like this can do so? I hope that this book might appeal to anyone who wants to think more creatively, more rationally, or more productively, especially when it comes to problem solving. But I think it’s just a way that you can be a little bit happier and saner in a world that seems to make people unhappy and not always so sane.

You guys come up with so many interesting ideas for your books and podcast. Where do you get them from?
We did a show called the Upside of Quitting that was something that I was really into, but after the podcast we heard from so many people who were so wrapped up in the notion of how hard it is to quit things. They wrote to us with all of their dilemmas, saying, “Thanks to your show I quit X, Y or Z.” Inspired by that, Levitt went off and built a research project that we describe at the very end of the book called Freakonomics Experiments where we basically flip a coin to help people with a hard decision. Then we ended up writing about that in the book. So it’s all circular. We’re constantly coming up with ideas, the vast majority of which we throw away. Most of our ideas turn out to be pretty terrible, but the ones that are less terrible are the ones we stick with.

What other kind of topics do you guys cover on the Freakonomics podcast?
Any and everything. The episode that came out recently is called “Which Came First, the Chicken or the Avocado?” and it’s about “selective outrage.” Why is it that people get so upset about some things? For instance we talk about this story with the zoo giraffe in Copenhagen who was killed in public and then fed to the lion. Why do people get so upset about the death of an animal like that while at the very same time there’s a civil war in Syria where thousands of children are getting killed? How it is that people make up their minds to get morally outraged about things?

There was this amazing story in the Wall Street Journal written by a guy who we interviewed about the fact that the vast majority of avocados eaten in the U.S. are grown in one state in Mexico where a criminal cartel extorts the avocado industry all the way along the production chain. So most avocados eaten in the U.S. are what you’d call blood avocados. They are a product where there’s a tax being paid to this criminal gang that beats up and kills and steals. Why is it that nobody cares about the people being hurt by avocado extortion but they will get upset about factory farmed chickens? Part of it may be that for humans our fellow humans are our least favorite animal. We prefer any other animal and if it’s humans we just don’t care.

You and Steven have a great rapport on the air. What is your writing process like?
We work together to brainstorm and then it’s separate. I go off and start to write. I get input from him along the way. There are some sections that he’s very involved in and others less so. A lot of times I’m writing based on some research that he’s spent months doing in some dark corner. We’re together at the beginning and the end but in the middle we’re doing stuff separately.

In your book you mention a website that you helped start called spinforgood.com. Tell me a little bit about that.
That’s something that Levitt started with a woman named Amee Kamdar, who worked with him for a while. It’s illegal in most places to gamble online with real money. But people love to gamble, and they’ll pay money even when they can’t take home their winnings. So what if they could play virtual games but have the winnings go to the American Cancer Society or Greenpeace or whoever you want it to go to? It’s basically an unholy marriage between gambling and charity, which maybe isn’t that unholy; a lot of places use gambling fundraisers so this is just an online version of that.

Are you already working on your next book?
We’re taking a little break for a couple of months to go out and tour with this book, but we are working on a book about the Freakonomics of golf. We’re also putting together a book that is the highlights of 10 years of blogging; hopefully that’ll come out next spring.