Home Dance So You Think You Can Dance, Season 11 Recap: Some Insights and... 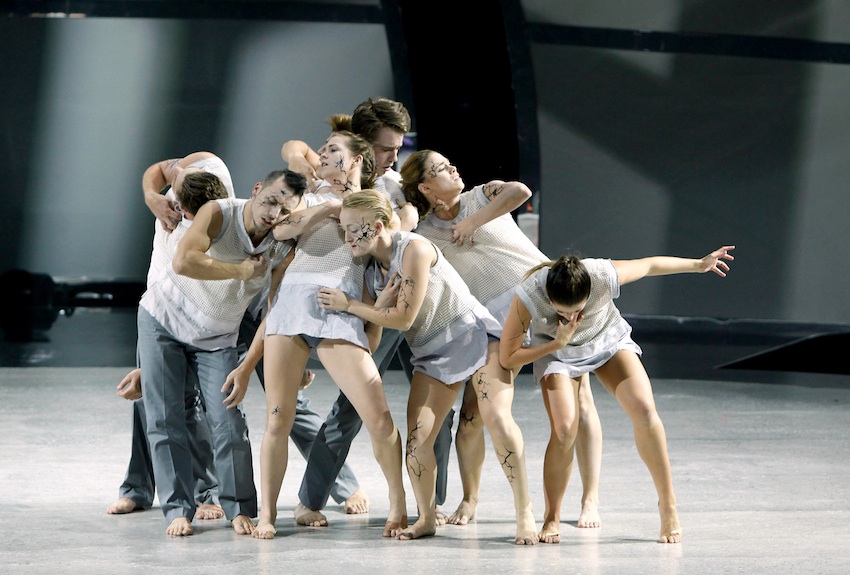 Summer is officially over, city kids, but before we get into the fall TV season, let’s take a look back on this stellar Season 11 of So You Think You Can Dance.

The tap showing continues to improve this season, while ballroom continues to take a backseat, despite having the most ballroom dancers ever in the Top 20. Even hip-hop had less of a showing this year, perhaps because Tabitha and Napoleon Dumo and Christopher Scott seemed to be less available, though new comers Pharside and Phoenix, Nick Demoura, and WilldaBeast did a lot to fill that gap. As with last year (and most years), the majority of the routines, 27 including group numbers, were contemporary. There were 19 hip-hop numbers (compared to last year’s 23), 16 ballroom, 13 jazz (plus two African jazz), and nine Broadway. However, we did have three tap routines and two ballet, which are rarely seen on the show.

Fortunately, there were no debilitating injuries this season, though Jessica wore skin-colored medical tape on her shoulder since she hurt it in Week 2; good thing it wasn’t serious enough to send the third-place dancer home.

The producers tried a few experiments this season, the main one being the addition of a dance crew competition. Each night of auditions, we were introduced to two dance crews and viewers could vote for their favorite by text. Three of the four winning crews had absolutely stellar performances, filling in some of the hip-hop spaces this season, so it seems like a success.

Still playing a little with the best way to announce the eliminated or endangered dancers (especially after last year’s debacle), the producers started revealing who was in trouble individually after they performed their routine, rather than at the start or end of the show. It seems to be working well so far, though we’ll have to see if it works as well for a whole season (no word yet on whether there will be a season 12, but we hope so).

There were a few new guest “jidges” this season too (and yay for Jesse Tyler Ferguson for pronouncing it that way in the finale), most notably figure skater Tara Lipinski and ballet dancer Misty Copeland, who served on the panel three weeks in a row. Even Jason Derulo turned out to be an entertaining judge, though we didn’t care for his musical performance. Lovely to see some of the other musical performances though, like Jason Mraz, even if they took the place of some solos. Just as well; the dancers work extremely hard as it is. Perhaps that contributed to the decrease in injuries this season.

The King of Contemporary, Travis Wall introduced the “move du jour” this season, that one move that all the other choreographers glom onto and use throughout the season. Perhaps more of a concept than a specific move (like Sonya Tayeh’s attitude leg grab), it’s the use of one dancer’s head sliding up and/or down another dancer’s limb or torso. He used it in his first piece in the Top 20, “All of Me,” beautifully danced by Casey and Emily. Then it reappeared in several other routines, including Sonya Tayeh’s “You Need,” NappyTab’s snakey hip-hop, and Mandy Moore’s “Foolish Games.”

Here are just a few of our favorite routines this season:

Anthony Morigerato’s “Sing” (Zack and Valerie): It’s been listed among our favorites many times before, but there’s good reason: Brilliant choreography brilliantly danced, and a throwback to one of tap’s historical traditions.

Christopher Scott’s “Night Shift” (Emilio and Teddy): Fun hip-hop danced by two men and choreographed by a favorite on the show, with a sweet homage and theme. Plus some soft-shoe thrown in.

Keone & Mari Madrid’s “Stay With Me” (Zack and Jacque): Newcomers Keone and Mari try to fill the void left by NappyTabs with the season’s only lyrical hip-hop, and we think they did it beautifully.

Sonya Tayeh’s “So Broken” (Half of Top 16): A moving, spectacular routine using the memorable combination of Sonya Tayeh and Bjork in Tayeh’s best routine since her debut, The Garden.

Travis Wall’s “Love Runs Out” (Half of Top 16): A brilliant, exciting, and rare look at Travis Wall’s upbeat jazz work.

Travis Wall’s “Like Real People Do” (Jessica and Casey): We have to agree with the judges on this one. It’s just beautiful, and another perfect example of Wall’s unique ability to turn emotion into movement.

Phillip Chbeeb’s “Sail” (Zack and All-Star Fik-Shun): Chbeeb is finally given an opportunity to show off his quirky choreography, and Zack rises to the hip-hop challenge.

Tyce Diorio’s “Pearls” (Zack and Valerie): A lovely and not too exploitative contemporary piece from Tyce Diorio that challenges Valerie’s acting skills.

So how about you, city kids? What do you think worked, or didn’t work, this season? What are some of your favorite routines? Would you prefer to see a Season 12 of SYTYCD, or has it had a good run? Chime in below.