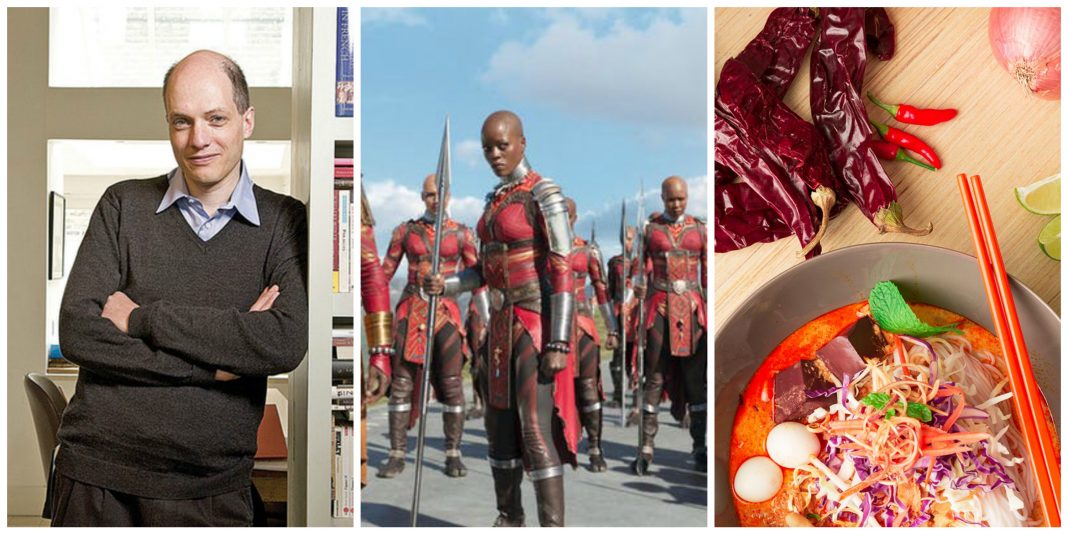 It’s a short week for some, but regardless of if you have the day off (we’re jealous) or if you’re on the clock every day, there’s still time to enjoy some music, film, and other fun things to do in the city this week.

Harriet Brown Residency at the Echo

Every Monday in February, Harriet Brown takes over the stage at the Echo–which would be worth seeking out even if tickets weren’t free, but somehow, magically, they are.

Is it already festival season? Apparently so. One of our fave fests, Desert Daze, is celebrating the announcement that Stereolab will be returning to the U.S. for the first time in over a decade to take their stage in October. Get in the mood with this free night of DJs spinning tunes that span the UK band’s career.

“The Style of Wakanda” with Black Panther’s Ruth E. Carter

Ruth E. Carter is the Oscar and CDGA-nominated costume designer who gave the characters of Black Panther their impeccable looks. For this conversation, she’ll be joined by actress Danai Gurira and Entertainment Weekly editor Clarissa Cruz for a look behind the scenes of the blockbuster.

Author and philosopher Alain de Botton visits the Last Bookstore downtown to debut a new series of books from his School of Life project. He’ll be talking about what it means to develop true self-knowledge, and how his team helps individuals find a path to it.

The Coathangers at Teragram Ballroom

Give yourself over to the brash and infectious energy of garage rockers The Coathangers. The all-female group is as bold about their sound as they are about their stances on important issues; one of their anthems has the unapologetic title of “F the NRA.”

Knock out any cold weather blues with the bright flavors of this Lao food pop-up in Echo Park. Lao cuisine might be a bit familiar–some dishes have made their way into what Americans label “Thai” cooking–but to find a true expression of the region is rare in L.A., and worth seeking out.

TV and Film Production Is Ramping Up Again in L.A.