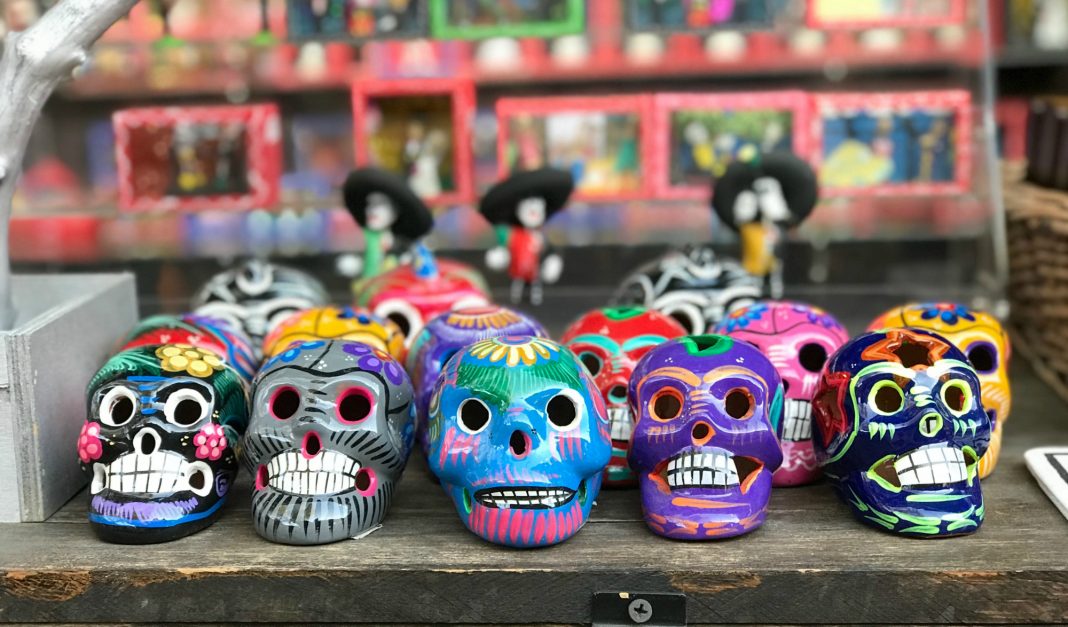 It’s Halloween Week! If you’re looking for all the best way to celebrate the devil’s day, check out our guide to L.A.’s best Halloween events. For a collection of things to do that don’t all involve pumpkins and ghosts, read on.

Presented by the Broad museum and Ava DuVernay’s ARRAY, this screening at the Egyptian Theater offers a chance to see a print of Ganja and Hess that has just been restored by the Museum of Modern Art. Bill Gunn’s 1973 film features elements of horror, drama, and an investigation of Black identity. After the screening, actors David Oyelowo and Rel Howery will speak about the film with Rolling Stone‘s Jamil Smith.

Jill Soloway is the creator of Transparent and I Love Dick, and is currently on the road promoting a new memoir, She Wants It: Desire, Power, and Toppling the Patriarchy. Soloway is joined for this “participatory forum” style conversation with Hannah Gadsby, of the mega-hit Netflix comedy special, Nanette.

It’s ‘free jazz’ as a genre, but it’s also free jazz, as in you don’t have to pay. You dig? The ensemble for the night includes Eric Revis (Branford Marsalis Ensemble), Elliott Levin (Cecil Taylor, Don Preston Group), and DJ Richard Edson (Sonic Youth–and the valet driver in Ferris Bueller’s Day Off).

Carla Hall, probably your favorite contestant to ever appear on Top Chef, parlayed her reality show fame into a long-running gig on ABC’s The Chew. Now the warm-hearted Hall has a new cookbook, Carla Hall’s Soul Food: Everyday and Celebration, which sees her returning to her Nashville roots for inspiration. She’ll discuss the project with former Los Angeles Times food editor Russ Parsons.

Is your knowledge of famous true crime stories on a level your friends and family find disturbing? Then you’ll fit right in at this trivia night, held at Little Tokyo’s Mermaid bar. Show off all the gory details you’ve memorized amongst other crime- and killer-curious folks.

Mariachi de Uclatlán was one of the first on-campus mariachi groups at an American university when it was founded in the 1960s. Ever since, it’s been part of UCLA campus life. For this special public performance, expect some music for Día de los Muertos, and a program of Mexican songs of resistance and activism.

“Detention Dinner with Mr. Dewey” at Saved by the Max

The ever-popular Saved by the Max pop-up diner in West Hollywood hosts a special Halloween night dinner. The concept: you and your crew are locked in with math teacher Mr. Dewey on account of some bad behavior. Saved by the Bell inspired costumes are strongly encouraged.

It’s getting cooler and days are getting shorter, which means outdoor movie season is drawing to a close. Before you’re forced to watch all your films indoors for the winter, catch a classic at this rooftop screening series.

“Candidly Costumes: Storytelling Through the Art of Design” Panel Conversation

Sit in on this free panel discussion featuring Hollywood costume designers and moderated by Booth Moore, the style and fashion news director of The Hollywood Reporter. You’ll gain insight into how costumers use wardrobe to signal what a character is all about. The panel is part of a multi-day series of events celebrating the official re-launch of the Beverly Center mall.

This Día de los Muertos celebration begins with a gathering in Mariachi Plaza, and a group procession though Boyle Heights, arriving at Mendez High School. Once there, attendees can view alters and papier-mâché sculptures, enjoy live performances, browse the wares of local, Latinx vendors, enjoy traditional food, and participate in workshops and activities suitable for all ages.

RELATED: Get Spooked with the Best Halloween Events in L.A.

A Guide to Celebrating Dia de los Muertos in L.A.