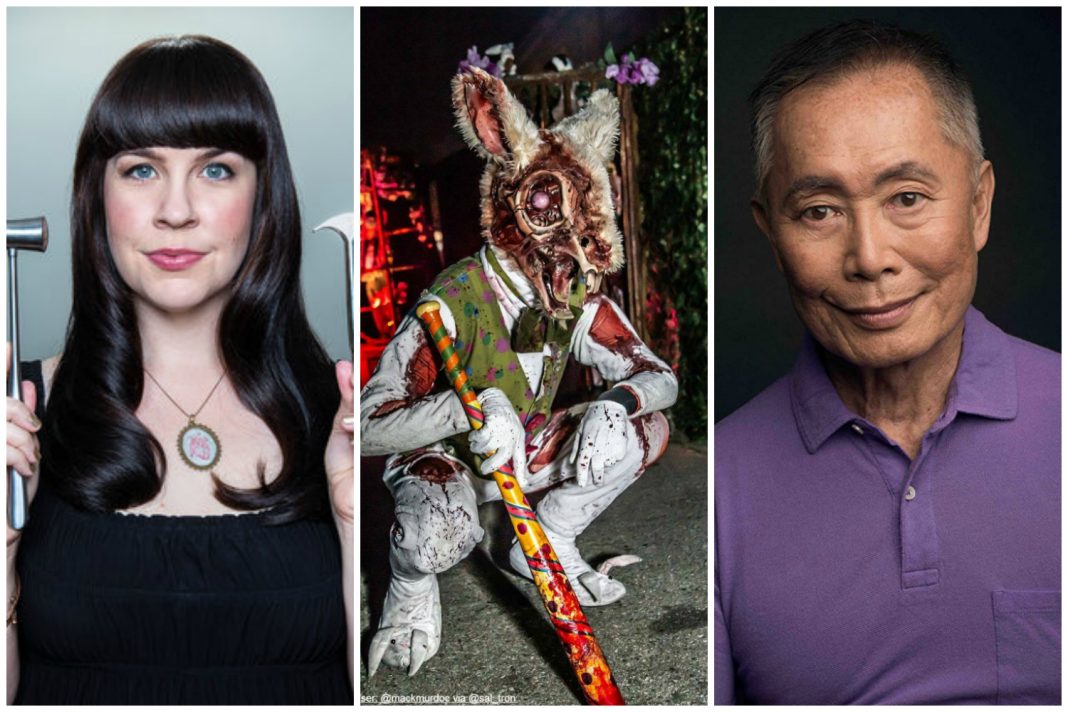 Celebrity mortician (really) Caitlin Doughty sets up shop at the Regent Theater for a live stage version of her hit YouTube series “Ask a Mortician” and a signing of her new book, Will My Cat Eat My Eyeballs? Big Questions from Tiny Mortals About Death.

Actor, author, and activist George Takei takes the stage at the Ricardo Montalban Theater to discuss his newest book, They Called Us Enemy, and his own story of living through the era of internment camps that inspired it.

The Secret Society of the Sisterhood

Under the light of the nearly full moon, join the Secret Society of the Sisterhood in the Masonic Lodge at Hollywood Forever. For this edition, they’ll have Jackie Fuchs, Mara Wilson, Cameron Esposito, and others sharing personal stories of overcoming failure and disappointment.

Explosions in the Sky at Hollywood Palladium

On the occasion of their 20th anniversary as a band, the influential post-rock quartet Explosions in the Sky are back on the road with a series of special performances. You might know the Texas-based band from their work on the soundtrack of Friday Night Lights.

What better day to kick off Halloween Horror Nights than Friday the 13th? This year’s version of the annual affair is said to be one of the biggest and best iterations, complete with experiences inspired by Stranger Things, Jordan Peele’s Us, and other spooky stuff.