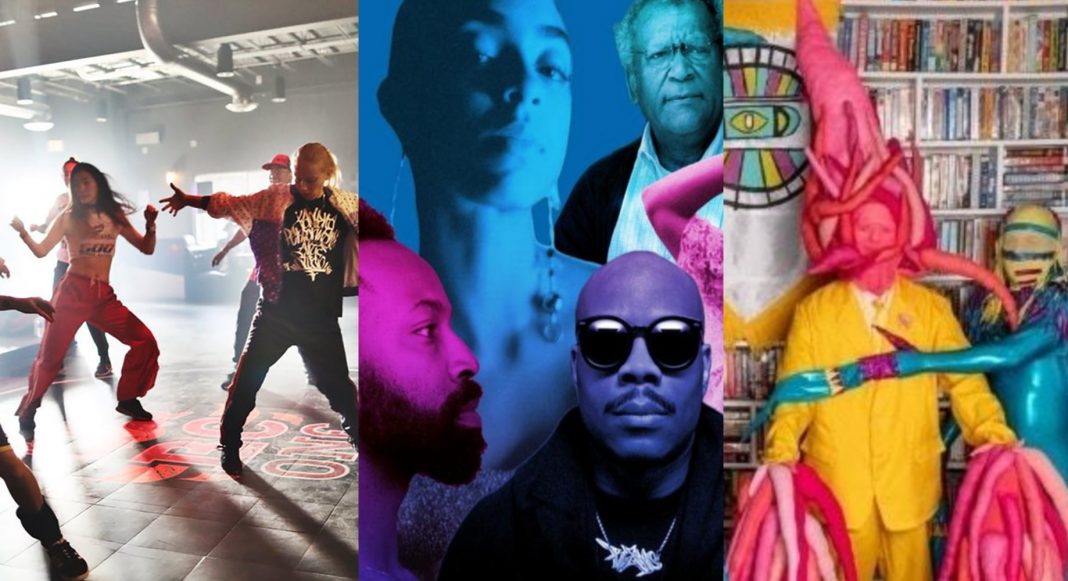 Photos: Annenberg Space for Photography, The Broad, Everything is Terrible

A post shared by Harbour Lights Picturehouse (@harbourlightspicturehouse) on Aug 8, 2019 at 2:36am PDT

Apocalypse Now debuted 40 years ago, and now filmmaker Francis Ford Coppola and star Laurence Fishburne are reuniting for this special anniversary screening at the Cinerama Dome. The print they’ll show is a freshly restored version, made directly from the original film negatives. Coppola and Fishburne will take questions after the film.

One-woman shows by Broadway grande dames like Elaine Stritch and Liza Minelli are practically a theater genre unto themselves. In Everything’s Coming Up Barbara, Groundlings vet Leah Sprecher pokes a bit of fun at the concept, staging an “autobiographical” show as the fictional Barbara Cook, a woman full of wild backstage stories.

The Black Fire Sessions at the Broad

Everything Is Terrible! recently opened a IRL storefront in L.A., and now the found footage collective brings its experimental humor to the stage at the Regent Theater in DTLA. Be sure to arrive early to snag a good seat!

“Enjoy. Dance. Cry. Do your thing.” is the motto of Mark Ronson’s Club Heartbreak, a celebration of sad bangers. Tonight, the party takes over Catch One, featuring sets by the Uptown Funk-ster himself, along with a bevy of friends and guests.

The Hip-Hop Way of Life

A post shared by Annenberg Photography Space (@annenbergspace) on Aug 8, 2019 at 6:28pm PDT

This panel discussion brings together a group of people who identify as part of hip-hop culture–even though none of them are rappers themselves. Artist Mister Cartoon, b-girl Asia One, and streetwear designer Eli Bonerz talk about what the community means to them. The event is presented in conjunction with Contact High: A Visual History of Hip-Hop, currently on view at the Annenberg Space for Photography.