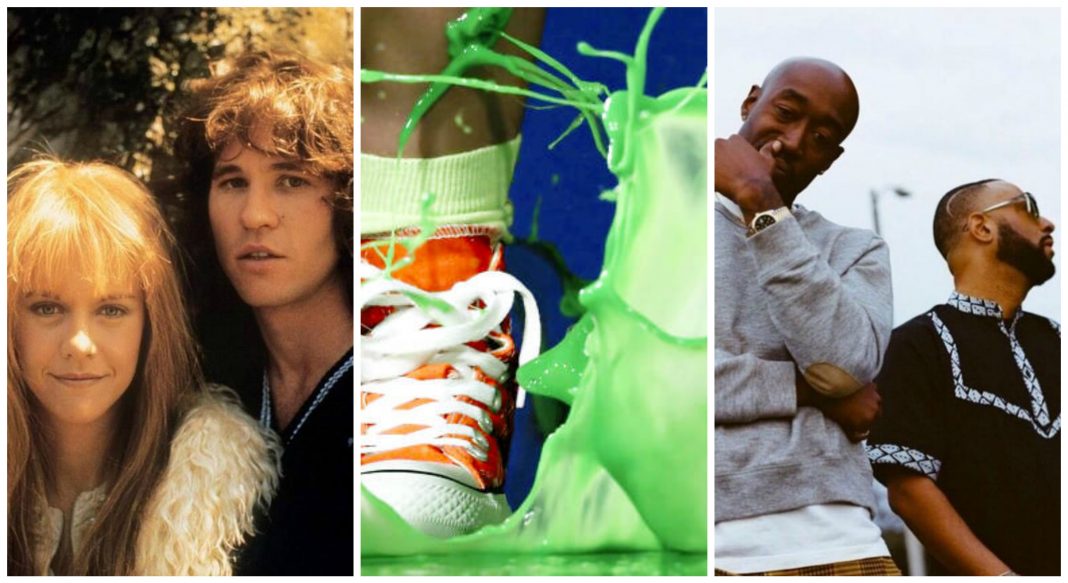 Step into a nostalgic world of slime when Nickelodeon takes over the Carney’s train-car diner on Sunset. The outside has been fully covered in bright-green slime, and inside you can order special slime-themed editions of Carney’s diner fare. The photo-worthy collab continues Through July 9.

Years after their first collab, hip hop heavyweights Freddie Gibbs and Madlib are working together again. The duo plays two nights at the Roxy on Tuesday and Thursday, and a third show on Friday at the Glasshouse in Pomona.

The Doors Screening with Val Kilmer and Oliver Stone

American Cinematheque hosts this special screening at the Aero of a new 4K remaster of The Doors: The Final Cut. To discuss this director’s cut edition, they’ve invited the director himself, Oliver Stone, along with film star Val Kilmer, and real-life Doors guitarist Robby Krieger.

Salute the return of KCRW’s summer concert series with this edition on the Exposition Park campus of the California African American Museum. Music comes from the station’s own DJs Garth Trinidad and Aaron Byrd.