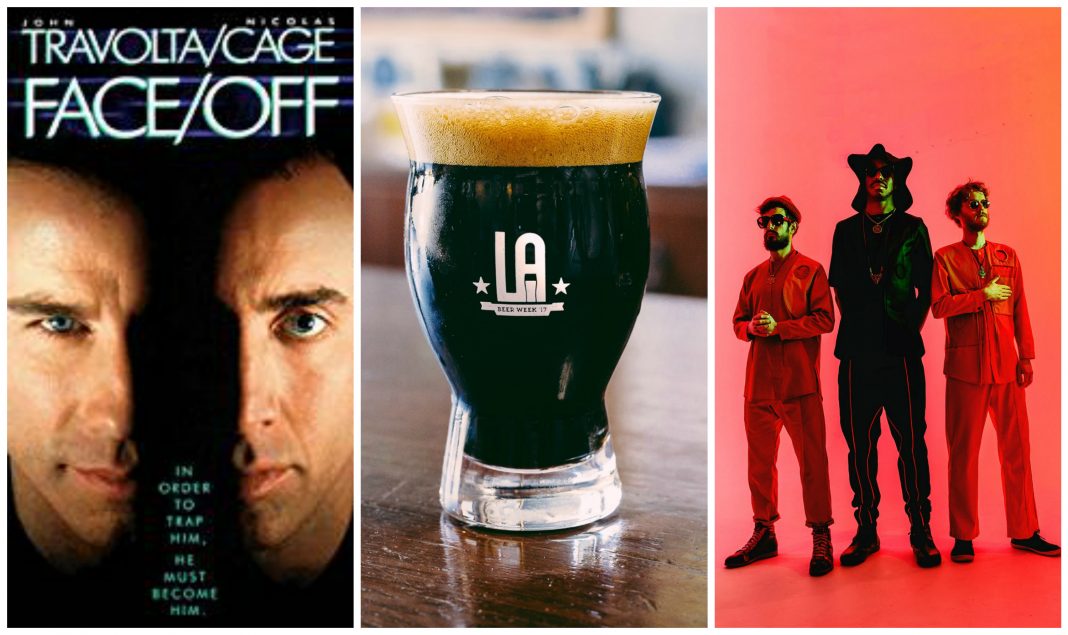 Jazz Is Dead Presents: The Comet Is Coming

This edition of modern jazz concert series Jazz Is Dead brings London-based The Comet Is Coming to Highland Park’s Lodge Room. The trio will be performing music off their recent Impulse! release, envisioned as a soundtrack to an imagined apocalyptic scenario.

Get inside the head of iconic Hong Kong action director John Woo, with this double feature of his hit films Hard Boiled and Face/Off, broken up with a discussion with Woo himself.

From Here to Home: American Stories About Immigration and Belonging

Settle into the velvet seats of the Theater at Ace Hotel for a screening of From Here to Home: American Stories About Immigration and Belonging, a compendium of five poignant short-form documentaries produced by the New York Times. In addition to the screening, there will be a live dance performance and a discussion with NYT immigration reporter Miriam Jordan.

In honor of Kinks co-founder Ray Davies’ 75th birthday, an array of musicians are getting together at Resident to play the band’s iconic songs. The free show features 24 Kinks hits, covered by 12 different artists, including Patrolled By Radar, Kat Myers, and Mara Connor.

As L.A. Beer Week wraps up, this event at Sunset Beer Company makes space for a vital, yet under-represented, segment of the craft beer community, female brewers. Drop in any time from 2 to 11 p.m., and you’ll find a tap list taken over by beers made by women, including local favorites like Three Weavers and Brouwerij West.